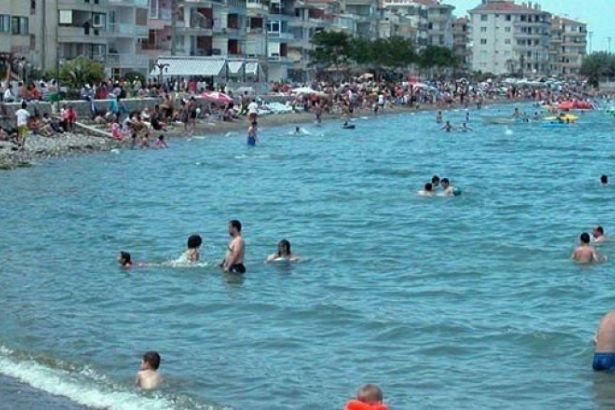 Beach ban for Syrians was started to be applied in Bursa's Mudanya district last week. The instruction was given by the Mayor of Mudanya, Hayri Türkyılmaz, from the main opposition CHP.

The mayor was elected for the second time in the local elections held on 31 March. In 2014, Türkyılmaz wanted the Syrians to be taken out of the district by the police.

“No one has the right to bother others and to prevent their freedom. While our children are martyred, our mothers cry and our economy deteriorates, we cannot tolerate that they enjoy their lives and annoy our people" Türkyılmaz posted on his social media account on Friday.

After the mayor of Mudanya, the same order was given by the city council of Antalya's Gazipaşa district. After the talks, the article about the Syrians not to be taken to the beaches in Gazipaşa was presented to the approval of the council members and accepted by 12 votes against 7.

Mayor of Gazipaşa from the main opposition CHP as well made a statement after the session of the council, stating that "we have to respect human rights. Our district is a touristic region. We should not look at the citizenship of the incoming people, but if the incoming people bother our people we need to do something."

Instead of pushing the government to find a humanitarian solution, local governments in Turkey mainly choose to take coercive measures to alleviate the discomfort of their "voters".

The policy on Syria of the ruling AKP has been to directly accept those fleeing from Syria as it plays a provocative role in the war against the Syrian government by funding some groups including jihadists. Many Syrians live in miserable conditions in Turkish cities and are forced to work unsecured.