Turkey's President Recep Tayyip Erdoğan accepted the resignation of his son-in-law Berat Albayrak from the post of Treasury and Finance Minister. 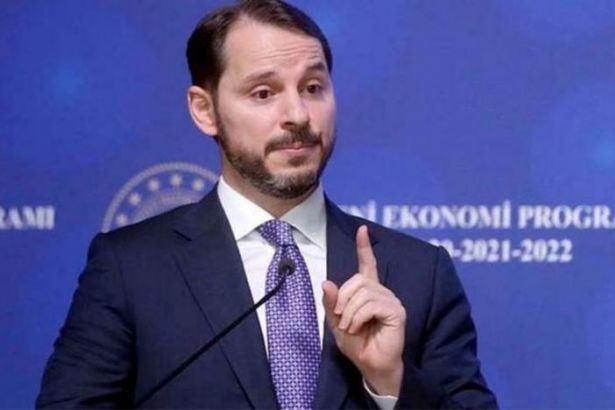 On late November 9, Turkey's President Recep Tayyip Erdoğan accepted the resignation of his son-in-law Berat Albayrak from his role as Treasury and Finance Minister. Albayrak had announced his resignation "due to health problems" on November 8 via his Instagram account.

Following the resignation of Albayrak; Ali Babacan, the head of the newly-established Democracy and Progress Party shared his views. Babacan had served as Minister of Foreign Affairs and Economy Ministery in AKP governments until 2015. He resigned from AKP in 2019.

In his statement, Babacan said, “Those who suspend democracy, law, and human rights; has suspended the state for hours. The statement made last night is not a statement of resignation, but a statement of bankruptcy. Party-based Presidential Government System announced its bankruptcy on social media last night."

Regarding the resignation of the Minister of Treasury and Finance, Kemal Kılıçdaroğlu, the leader of the parliamentary main opposition Republican People's Party (CHP) said, "Why Mr. Minister resigned, Who's ruling the Turkish Republic? Turkey cannot be managed, it is just swinging. We are face to face with a state crisis. But the people are not informed, why?"

soL TV has also discussed the resignation of Albayrak. Kemal Okuyan, the General Secretary of the Communist Party of Turkey, said: "Berat Albayrak is a pro-market politician. But he has not been a reliable figure in international politics for some time. The capitalist circles do no want such challenging figures."

"His displacement alone has caused the dollar to fall, and it had a 'positive effect' on the market. However, the positive atmosphere reflected after Albayrak's resignation does not belong to us. It is a dangerous belief the fact that the market forces have drawn out Albayrak will bring about something good of the people. There is nothing good for the society of Turkey, quite the opposite. If we look for a shortcut from this situation, we fall into a trap. The capitalist class of Turkey aims to blockade Erdoğan instead of finishing him," Okuyan concluded.