Pfizer CEO announced a “90 percent effective vaccine”, making the company shares go through the roof, while there is no scientific research result proving the claim. soL news evaluated the developments and the coverage of the mainstream media in Turkey in such a global crisis killing over 1 million people. 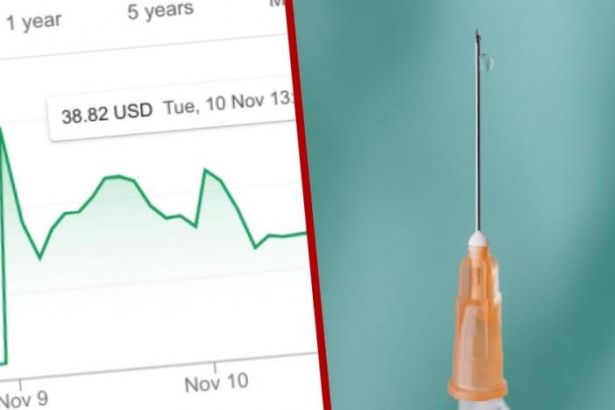 A few days ago, Turkey’s mainstream announced Pfizer’s vaccine development by emphasizing that Pfizer signed a miracle with a "Turkish" partner BioNTech.

According to Pfizer CEO Albert Bourla, it was a “great day for science and humanity”. Indeed, the effects of the miracle were not limited to the wide coverage in the Turkish media. After the CEO’s announcement, shares of the company rose by 14 percent in the USA.

According to the news by Business Insider, in parallel with the rise of Pfizer shares, Zoom Video Communications shares lost 20 percent of value. The markets were thinking that with the development of the vaccine, working from home would rapidly lose popularity and the Zoom online meeting platform would lose.

soL news received the opinion of Selim Badur, a former lecturer of the Faculty of Medicine, Istanbul University. Despite the miracle announcement, experts warn that there is no scientific report shared by Pfizer with definite results about the claimed vaccine. In addition, in the press statement made, there is no data revealing the “effectiveness” of the vaccine in phase 3 trials.

NOTHING KNOWN ABOUT THE TRIAL RESULTS YET

According to what was reported, 43,538 persons participated in the trial, where half of them were given the tested vaccine, while the other half were given a preparation as a placebo without any vaccine active ingredient. While 94 of them were stated to be infected by the virus, there is no information on their identities or involvement in the vaccine or placebo group. In fact, due to the standards on trial procedures, there is no one who may have this information at the moment!

While the statement by Pfizer CEO caused the company share price to leap and had extraordinary coverage in the global media, it is still controversial if it really had any further meaning.

It is true that Pfizer and BioNTech have been studying a vaccine, and that trials have reached the final phase. In the current phase, the vaccine is being tested on a high number of participants. The trials include two groups of participants, where one of the groups is given the vaccine, while the other is not. Then, the two groups are compared in terms of being infected by the Covid-19 virus.

In addition to the participants, even the persons who deliver the “substance” to them do not know if a certain participant is in the vaccine or the placebo group. Moreover, this lack of knowledge continues until the trials are finalized, which is accepted as the standard procedure in vaccine trials for unbiasedness and accuracy purposes.

After announcing the successful vaccine results on Monday, Pfizer CEO sold his shares for a price of 8 percent higher than earlier.

With the announcement he made on Monday, just before the opening of the stock markets, Pfizer CEO claimed up to 90 percent effectiveness in the phase 3 trials of the vaccine.

After the announcement, Pfizer shares showed around 8 percent increase in just one day.

The picture was even brighter for BioNTech, a German company that had been established by two Turkish migrants and one Austrian physician and praised for being Turkish by Turkish media. Shares of the German company, which was Pfizer’s technological partner in the development of the vaccine, rose by 20 percent. The total value of BioNTech shares has reached 22 billion dollars until now, which is nearly four times the stock value of Lufthansa.

According to the news by FierceFarma, on the very same day when Pfizer shares rocketed after the company CEO Bourla’s announcement, the CEO himself sold 60 percent of the shares he held.

The unit price for the sale was 41.94 dollars, corresponding to the total sales amount of 5.6 billion dollars. The said unit price was slightly lower than the peak value reached during the same day. The current value of the shares is around 38.50 dollars.

Moreover, the sale by Bourla was completely legal.

SEC 10b5-1 is one of the rules applied in regulating stock market transactions. According to the rule, block-holders of a publicly-traded company are allowed to trade their sales on a predetermined date, in a predetermined amount.

Bourla is known to notify his “lucrative” sale transaction to SEC (Securities Exchange Commission) on the 19th of August, one week after BioNTech and Pfizer had made a positive announcement about vaccine trials. Phase 3 trials for the vaccine had been started on the 27th of July.

What is interesting here is that the guy at the top of the company decided to sell his shares “2.5 months later”, just in time the company would start to make progress in a promising vaccine trial.

It can be said that the CEO just predicted a rise in company share prices and a peak that would take place 2.5 months later. However, for some reason, company shares rose by 8 percent on the very day that had been notified for the predetermined sale transaction, the day at the beginning of which CEO Bourla claimed “90 percent of effectiveness” without waiting for scientific results or an official report generated by scientists.

In a “completely legal” way, CEO Bourla presumably earned 500 thousand dollars for the shares he sold, which was achieved thanks to a single announcement made just a few hours before the sale that had been planned 2.5 months in advance. It is possible to go even further: When he was notifying the planned sale, maybe Bourla was presuming that the sale prices would rise on the date of sale.

The Pfizer vaccine news reported a few days ago have got both positive and negative reactions. It is quite legitimate and natural for the people of the world to be happy about the development of the vaccine, but the other side of the story makes us question the CEOs, shares, the media focusing on the Turkish descent of the bosses on such a critical issue.

From cancer treatments to potential Covid-19 vaccines, the heart of the world is in the hands of stock market speculators.