An increase in the use of Turkish currency over the Syrian pound in Syria has become a current issue. Central Bank of the Turkish Republic and Turkey’s Ministry of Economy declared that they are uninformed of the delivery of Turkish liras to northern Syria. 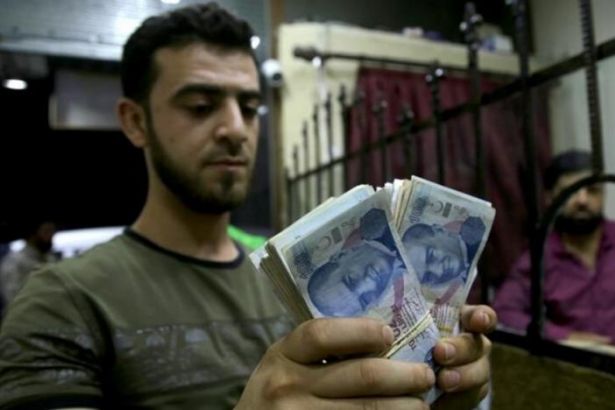 According to the journal, the Syrian pound has fallen by 70% since the beginning of 2020, while TRY has fallen by 16%.  “Turkish currency is being introduced to the local economy to benefit from economic uncertainty in Syria, and controlling approximately 5% of the country, Turkey is rendering payments to Syrian ‘opponents’ and bureaucrats in TRY,” reported the journal.

On the other hand, the Central Bank of the Turkish Republic, and Turkey’s Ministry of Economy have declared that the transfer of Turkish liras to Syria is not within their knowledge.
Over the past several years, Turkey’s postal service PTT has opened 11 branches in northern Syria, including in Afrin, Azaz, al-Rai, Marea, Jarablus, al-Bab, Ras al-Ain and Tell Abyad.