Turkish Lira to become currency of jihadist haven in Syria

Turkish currency got into circulation throughout Idlib, northern Syria. 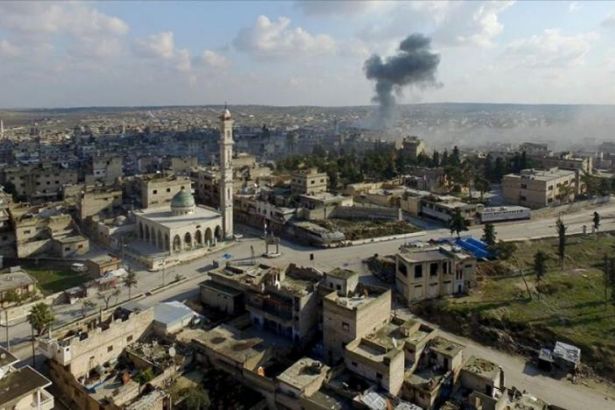 The reports suggest that the terrorist organization, namely Hayat Tahrir al-Sham (HTS), rendered the salaries and daily wages in TRY.

Basil Abdelaziz, head of economic affairs of the terrorist organization, stated that he ordered the payments to be in Turkish Lira instead of Syrian Lira for procedures regarding brokers and exchange offices. The UN had mentioned last Friday that a considerable amount of Turkish currency was brought into Syria on June 11.

A private reporter also made public on Sunday that he witnessed bags of Turkish currency in coins and bills in an exchange office in the region. It was also reported that the rates were listed in TRY in some gas stations. Hayat Tahrir al-Sham (HTS) had set the price for bread as 2 TRY. Jihadists have been declaring that the Syrian Lira will still be in effect, notwithstanding its minimization.

The prices have been dramatically going up as the devaluation of the Syrian currency peaked.

Syrian Lira has lost its value by 70% in the last three months.