A Turkish-Iranian businessman will testify at the U.S. trial of a banker on charges the two of them violated economic sanctions against Iran 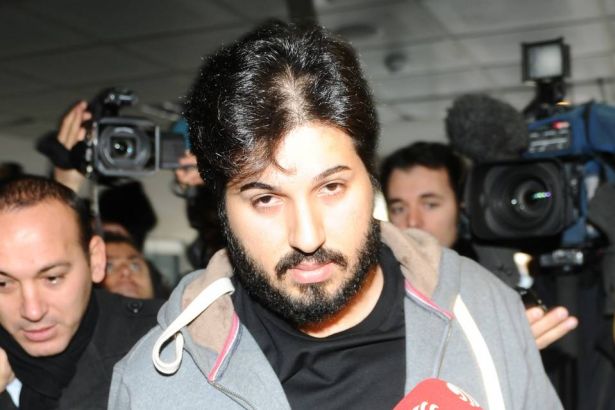 Prosecutors on Tuesday said that a wealthy Turkish-Iranian gold trader struck a plea deal to testify about a vast corruption scheme they say reached into the upper levels of the Turkish government - a development that could further strain relations between the United States and one of its key strategic allies.

U.S. District Judge Richard Berman rejected a postponement, saying lawyers should have known for months that Zarrab would testify.

Nine people have been criminally charged, but only Zarrab and a banker from Turkey's Halkbank, Mehmet Hakan Atilla, are in U.S. custody. Former Turkish Economy Minister Zafer Cağlayan is also among the nine defendants indicted in the case.

Zarrab was arrested by U.S. authorities in Miami in March 2016 on charges of helping Iran process millions of dollars of transactions when it was under U.S. sanctions for its nuclear program. The case threatens to reopen a case that reached right into Erdoğan’s inner circle. It will also deepen existing tensions between Turkey and the United States. Zarrab was detained and charged in İstanbul in 2013 in a huge corruption case. All charges against Zarrab and those linked to Erdoğan's government were dropped.

The U.S. case was built on work initially performed by pro-Fethullah Gülen Turkish investigators who targeted Erdoğan over gold trader Zarrab in 2013 in a sweeping corruption scandal that allegedly led to Turkish government officials. The evidence of the case, leaked tapes, elicited by the network of the Gülen, which had been organised in the police, judiciary, military and the other states institutions. Gülen had been a close ally of the then-Prime Minister Recep Tayyip Erdoğan, helping him to redesign and install his Islamic-rooted Justice and Development Party (AKP) in power in 2002. But his alliance with the AKP has faltered in recent years, especially in 2013 when police detained dozens of Erdoğan's key business and political allies over bribery allegations.