About 100 Islamist terrorists affiliated to Hezbollah have been released by the Turkish government upon the decision of the Constitutional Court in 2018, ruling that "the presence of a military judge in the judicial committee is a reason for re-trial" 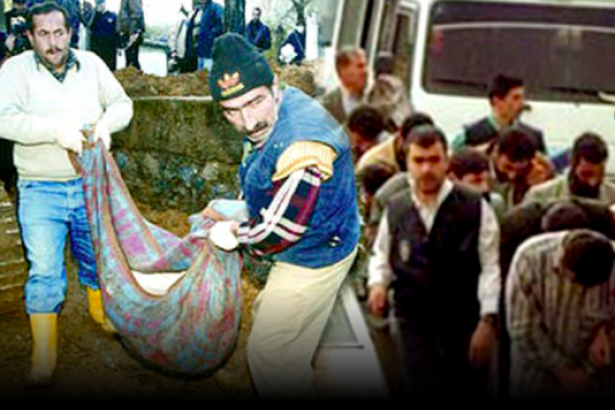 It has revealed that the Turkish government has released about 100 detained members of Turkey's Hezbollah from prison and there are currently no Hezbollah culprits sentenced to heavy penalty in Turkish prisons 8 years after the 34 senior leaders of the terrorist organization had been released with the decisions of Penal Department No. 9 of the Supreme Court in 2011.

As reported by Gökçer Tahincioğlu from T24, Turkish courts made the release decision about many detained Hezbollah members, who were in prison in different provinces of Turkey for serious crimes, after the Turkish Constitutional Court’s 2018 decision, enacting that "the presence of a military judge in the judicial committee is a reason for re-trial".

Going a step further, Van 1st High Penal Court ruled that the expulsion of the Penal Department No. 9 of the Supreme Court members releasing the Turkish Hezbollah leaders in 2011 due to their affiliation to the Fethullahist Terrorist Organization (FETÖ), the prime suspect of the failed July 15 coup in 2016, is a reason for re-trial.

With this decision, then-President and members of the Penal Department No. 9 of the Supreme Court in 2011 paved the way for the release of Turkey's Hezbollah militants with their decisions and expulsions.

As the decision was performed for only the members of Turkey's Hezbollah, it was revealed that a significant part of the released Hezbollah members was convicted of the serious offenses of "overthrowing the Constitutional order by using force and violence" and "homicides".

These Hezbollah members may flee abroad after their releases in 2011, it is also reported.

Turkey's Hezbollah was founded in the 1980s at the height of an armed separatist movement waged by the PKK outlawed by the Turkish government. Some intellectuals, media sources and politicians argue that the Turkish Hezbollah was a counterinsurgency founded by the Turkish state itself to target the PKK and its sympathizers, particularly in the southeastern provinces of the country. Media in Turkey had widely reported a series of crimes that Turkish military forces along with the National Intelligence Organization (MİT) used Hezbollah members in the early 1990s to kill hundreds of Kurdish opponents. The militant Islamist organization is also responsible for the murders of several pro-secular journalists and academics in the past.

Far-right Sunni Islamist Free Cause Party (Hüda-Par), which is considered as the political wing of Turkey's Hezbollah, supported the ruling AKP in the local elections held on March 31, 2019.