While the sum of government aids for its citizens in need during the COVID-19 pandemic is just $1.6 billion, Turkey’s ruling Justice and Development Party provided financial support of more than $30 billion to a small number of billionaires in the country to protect their interests. 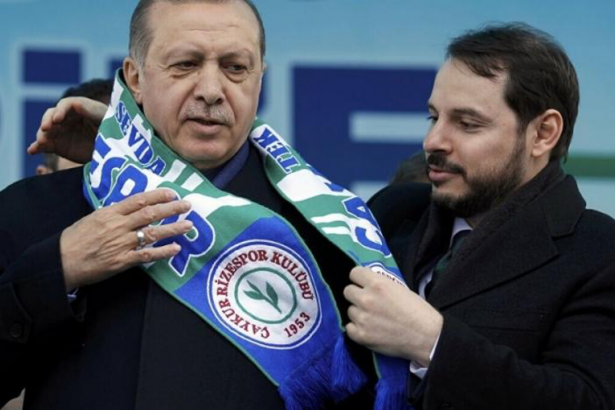 As the Justice and Development Party (AKP) government continues to claim that it has provided greater aid to the people in need during the days of the COVID-19 pandemic, the figures that have come out clearly show how the political power in Turkey protects the interests of the capitalist class.

The AKP government, which has issued a series of regulations since the beginning of the outbreak, only made payments below the poverty line to the citizens under the name of ‘‘social aid’’.

Presenting these payments as ‘‘great aids to the people during the pandemic’’, the AKP announced striking data regarding its so-called social aids.

According to the data announced by the Ministry of Family, Labour and Social Services, the total amount of aid provided by the Turkish government under the name of ‘‘unpaid leave’’, ‘‘short-time work allowance’’ and ‘‘social relief’’ is only 11.559.751,500 Turkish Liras [~$1.6 billion].

As the number of unemployed people is rapidly increasing during the pandemic crisis, the Turkish government has put the Unemployment Insurance Fund, which was established to secure the unemployed, in the service of the bosses.

The Unemployment Insurance Fund, which was established in 1999, has moved away from its initial purpose and it has become a beneficial Fund for the bosses rather than the unemployed, according to a report written by the Labour Center of the Communist Party of Turkey (TKP) in January.

The report also emphasized that only 13 per cent of the unemployed benefits from the Unemployment Insurance Fund, while the working class has no say in the management of the Fund.

In other words, the AKP government even propagandizes its so-called ‘‘social aids’’ for labourers by collecting money from the Unemployment Insurance Fund established for the workers but used mostly for the interests of capitalists.

Short-time working allowances and unpaid leave payments applied by profit-seeking bosses in the days of the pandemic were the legal steps taken by the government looking out for the interests of the capitalist class, not the workers.

The AKP rule has relieved the bosses of the obligation to pay workers on the pretext that their work had stopped during the pandemic.

As the capitalist class has laid the insurance payments a burden on the state, a vast majority of the bosses, who applied to short-term working allowances or unpaid leave payments, continued to work full-time with special permits granted by the government authorities.

That is to say, thousands of workers have been forced to work in this period as they were before the pandemic, but their salaries were reduced by taking them within the scope of short-term working allowance.

Moreover, these payments were made through the Unemployment Insurance Fund ─ which was already established for the workers in principle. In this way, the AKP has usurped the salaries of workers and freed the bosses from a financial burden.

Thousands of workers were not paid on the grounds that they did not provide the necessary conditions for the allowances during the same period, while thousands of them have lost their jobs.

AKP’S AID PACKAGE: $30 BILLION FOR A HANDFUL OF CAPITALISTS, $1.6 BILLION FOR MILLIONS OF WORKERS

As workers have been forced to work under inhumane working conditions or be unemployed during the pandemic, the AKP took its sides with the bosses by using every means available for them.

While the AKP, which dances to the tune of the capitalist class as a neoliberal political party, announced incessant support packages for the bosses, it has funnelled massive amounts of money to them as ‘‘financial support’’ compared to so-called social aids provided for the working people of the country.

Speaking about the amount of funds mobilized for the capitalist class during the days of the pandemic, Turkish President Recep Tayyip Erdoğan’s son-in-law and Treasury and Finance Minister Berat Albayrak had announced in March to support the economy and cushion the blow from the coronavirus outbreak have reached 240 billion TL [~$35.4 billion] within the government’s ‘‘Economic Stability Shield’’ steps.

However, it turns out to whom the AKP government really ‘‘helps’’ when $1.6 billion provided to the people is deducted from the total aid announced by the authorities.

Albayrak had also said that funds totalling over 137 billion TL [$20.1 billion] were provided to some 190,453 companies as part of a financing package backed by the Credit Guarantee Fund (KGF) to protect employment and support businesses.