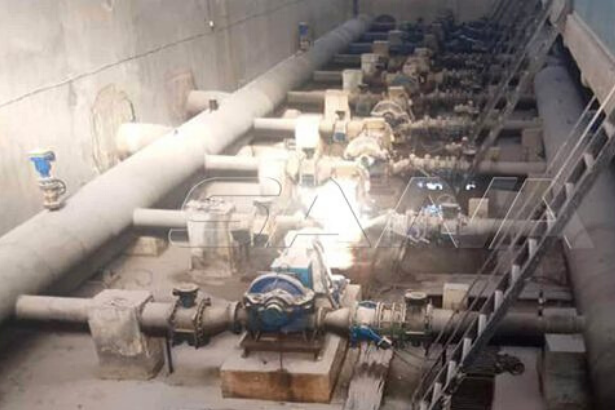 The COVID-19 outbreak has been officially declared in Syria by the government. As of now, 8 cases and 2 casualties are confirmed in the country.

The Tigris and Euphrates river system and the water sources in the region, which has become a foreign policy weapon in the hands of Turkish governments since the 1960s, has been always a tension topic in Turco-Syrian and foreign policy since the establishment of Ataturk and Keban dams in Turkey, under GAP project, the southeastern Anatolia regional development project.

Recently, after the invasion of Syrian soil by the Turkish forces and jihadist allies in the region, the Turkish government and jihadists cut the water distribution channels in al-Hasakah amidst the outbreak of COVID-19.

According to the Syrian Communist Party official news portal An-Nour, jihadists prevented workers’ access to the water supply network and cut the city’s water distribution channel, which might lead dramatic hygiene crisis during the pandemic outbreak.

Al-Hasakah, where almost one million residents are living, cannot access water which is the most crucial need during the days of the pandemic. Moreover, drinkable water supplies have not been provided to the city either.

During the Operation of Euphrates Shield, Turkey's AKP government put potable water resources in the auction via the General Directorate of State Hydraulic Works (DSİ) for the establishment of distribution channels for drinkable water sources.

The company of Mahmut Sami Mallı, a former deputy from the ruling party AKP, won the auction for the Syrian water for 43 million Turkish liras.