The Communist Party of Turkey (TKP) released a press statement against the new anti-labor regulations package discussed in the Parliament while the people have not yet recovered from the recent earthquake. 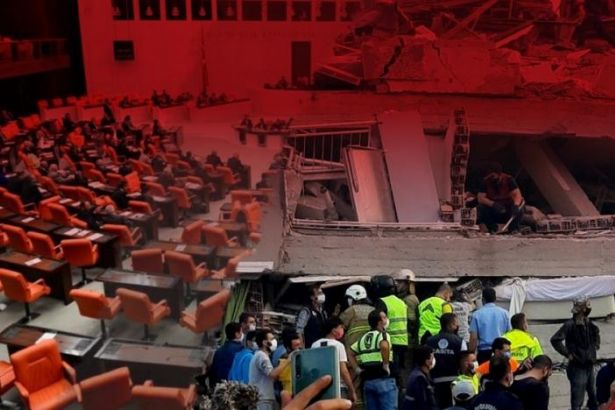 Whereas people haven’t been able to recover from the recent incident and the aftershocks have been continuing, a new law package brought to the National Assembly’s agenda that eliminates severance pay and expands flexible working.

TKP's statement reminded of the 1999 earthquake when the government passed the law that increased the retirement age under the national pension scheme, known as "retirement in grave". The statement declared once again that this order is against its own people.

The Communist Party of Turkey (TKP) condemned the oncoming legislative proposal and criticized the government because of pursuing the benefits of companies and bosses amidst the massive earthquake that killed at least 102 people and leading to a crisis in the living conditions of thousands.

Communists declared that they will struggle not only for the vested rights but also for the future of the youth.