The President of the Federation of Women’s Associations of Turkey stated that the government is preparing a new repentance law draft for the crimes of child abuse by marriage. Noting that the repentance law would include approximately 10,000 child abusers, the president said, ‘‘Please struggle against this proposed law. Do whatever it takes to prevent the authorities from putting this law into force" 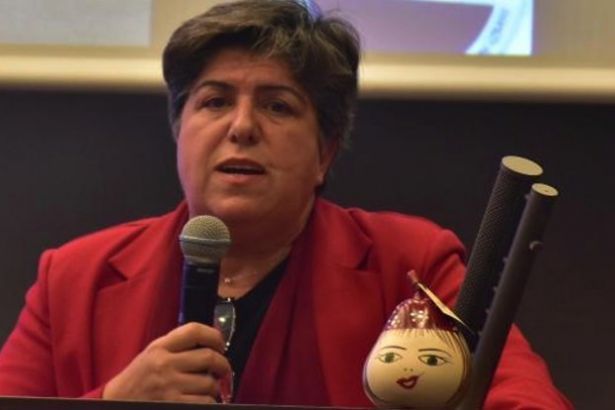 Canan Güllü, the President of Federation of Women’s Associations of Turkey, said that a new law draft to remit the crimes of child abuse by marriage is being prepared by the Turkish AKP government, calling on people to fight against the reactionary regulation

Speaking at a conference organized by the Association of Business Women in Izmir under the project of "Women for the Future," Güllü expressed her regrets due to remission request of Atilla Sertel, Izmir Deputy of parliamentary main opposition Republican People’s Party (CHP), for "those who are the victims of early marriage."

"We, as all women’s organizations, have struggled a lot against the legal regulations about child abuse by marriage. The legislative regulation had been postponed as an acquisition of our struggle, but we knew that it would be added to the agenda of the government. Yet, we did not know that we would be betrayed by the people we thought were closest to us," Güllü said.

Stating that in the past, Turkey’s Ministry of Justice had announced the motion for rape would cover 300 people, Güllü noted that this number has increased to 10,000 today because of impunity to the crimes of child abuse by marriage.

In 2015, the Constitutional Court had ruled that religious marriages could be performed "at any age, without any conditions as a necessity of freedom." Today, the Turkish government aims to legalize child molesting through the legal regulations including repentance law for child abusers.

"In Turkey, the age limit for punishment due to sexual abuse of children was reduced to 12; therefore, the crimes remain in impunity when the consent of the children above 12 is sought for or when such children do not file a complaint. This situation means that the abuser is able to abuse children, persuade the parents of the child with ‘bride price’ and use the child as his property," a lawyer, Müjde Tozbey Erden, told in an interview with soL news regarding the issue in 2017.

Turan had defended that “Claims that rape is legitimized are totally baseless. There is a law that raises rape and child abuse punishments. Meanwhile, some victimization is being eliminated."

According to the Turkish Statistical Institute (TÜİK) data, the proportion of the child abuse by marriage in all marriages in Turkey is 28%-35%. With this proportion, Turkey is in the first place in child abuse by marriage among the European countries, and this number cannot be exactly determined due to religious marriages, while Islamisation of the country has further escalated child marriages in parallel to the rise in the rate of child abuse and violence in recent years.