Turkey’s AKP government is planning to gradually lift the ‘‘limited’’ preventive measures taken against the COVID-19 pandemic towards the end of May 2020, which would lead to increase the risk factors for the spread of the outbreak. 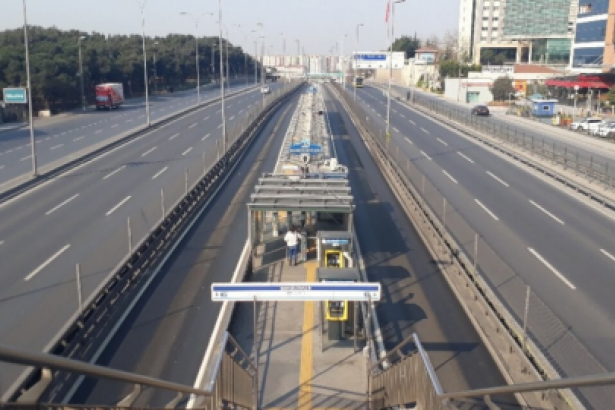 As Turkey has now the seventh-largest number of total cases in COVID-19 pandemic in the world by overtaking virus-originating China, the ruling Justice and Development Party (AKP)’s insufficient measures to stop the outbreak continue to be criticized by the experts.

Turkish government’s inadequate policies to declare a comprehensive lockdown that allows arbitrary operation of hundreds of factories forcing thousands of workers to work even during two-day curfews cause the spread of the disease in the country where the rate of increase in the total number of cases has not ramped down yet.

While the government authorities continue to risk the lives of millions of workers for the sake of profit-seeking capitalists, the AKP rule plans to lift existing restrictions by the end of May.

‘TOURISM FOR INFLOW OF FOREIGN CURRENCY’

Tourism is the first sector in which the AKP government plans to loosen the restrictions against the COVID-19 pandemic.

Nuri Ersoy, the Minister of Culture and Tourism, told that the Ministry has initiated a certification program for coronavirus-free facilities across the country, and a certificate will be given to these facilities after taking the necessary measures.

Yet, while the activation of the tourism sector as one of the most important sources of foreign currency inflow for Turkey is still a debatable issue during the pandemic, it is quite obvious that tourism workers who have been forced to work under the conditions of heavy exploitation are at great risk in such a situation.

Furthermore, pro-government newspapers such as Hürriyet Daily News claimed that Turkey’s Ministry of Health put the ‘‘gradual normalization’’ on its agenda after the Ramadan feast and will loosen the existing provincial restrictions and bans.

‘‘Our current data does not show that there will be a dangerous period regarding COVID-19 from late April to early May, if we pay attention to self-isolation and social distancing rules,’’ the Health Minister Fahrettin Koca had said last week.

AUTOMOTIVE SECTOR MAY RESUME OPERATIONS IN MAY 2020

The authorities also predict that the automotive sector, one of the biggest ‘‘income channels’’ of the capitalist class in Turkey, may resume its operations by May 2020.

While many companies in the automotive sector that stopped production due to COVID-19 announced they will be closed until mid-May, it is stated that wheels will begin to turn again in the automotive industry as of this date.

‘A NEW PERIOD’ FOR FOOTBALL INDUSTRY IN TURKEY

The authorities have not prepared a new fixture for the Turkish Super League suspended in mid-March amid COVID-19 pandemic, while some sources claim that the country’s football league may start late May or early June.

The teams are planning to start the training process by paying attention to ‘‘isolation’’ rules for a while, sources also claimed.

The football clubs in Turkish Super League face a 30% loss in their revenue from television broadcasting deals due to the pandemic, Turkey's Football Clubs Association had informed last week.

THOUSANDS OF WORKERS HAVE TO WORK AMID COVID-19

As the AKP government attempts to make a series of preparations to ‘‘normalize’’ certain industries at both provincial and sectoral level, many factories had continued to resume their operations throughout the country last weekend despite the curfew, and thousands of workers were forced to work, risking their lives in pandemic conditions.

Turkish government’s profit-seeking policy in the interests of the capitalist class forces workers to choose between their health and income.

4 union members lost their lives due to COVID-19 and 247 union members have been tested positive for the disease, with 407 workers under quarantine, according to research issued by the Confederation of Progressive Trade Unions of Turkey (DİSK).

Meanwhile, Turkish President Recep Tayyip Erdoğan on Monday declared a four-day lockdown would be imposed in 31 cities from April 23 in order to slow down the spread of the novel coronavirus.

Speaking after a cabinet meeting, Erdoğan also said that they expect to transcend a very important limit in the outbreak with the curfews to be implemented this week and next week, allowing for normalization of life after the Ramadan feast, a religious holiday celebrated by Muslims, by the end of May.

‘‘We hope that we will nationally celebrate a second feast by overcoming the outbreak in addition to the Ramadan,’’ he claimed.

As a result of 673,980 tests performed since the beginning of the pandemic in Turkey, 90,980 patients were diagnosed with COVID-19. While 2,140 people have lost their lives due to the disease so far, 13,430 patients recovered in the country.