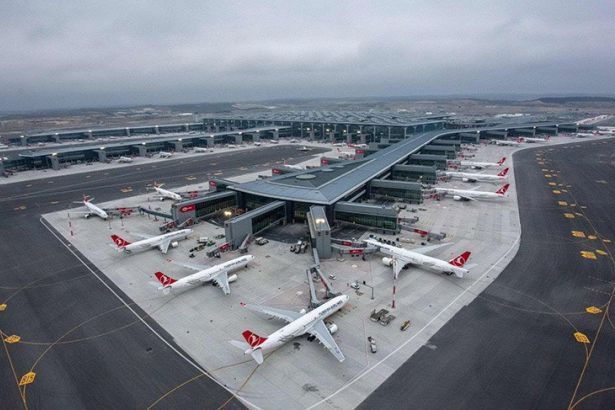 According to Sözcü daily, Haydar Akar, a lawmaker from opposition CHP, announced that the company that won the tender for operating the new airport in İstanbul will be paid by the government even for the unopened stages at the airport. Only one stage is in operation at the moment.

Akar reminded that İstanbul Airport was contracted on the basis of the model of build-operate-transfer, adding that IGA, the consortium that won the tender, would pay $24.7 billion for 25 years.

“The government gave a guarantee of 61 percent for the new airport. Exemptions for VAT, special consumption tax, and customs were also provided. The guaranteed price per passenger at other build-operate-transfer airports is 15 Euros for foreign lines, here it is 20 Euros. It is 2-3 Euros for domestic lines at other airports, here it is 5 Euros,” Akar said.

He also said that whether the third and fourth stages will be constructed at the new airport is not certain yet. As each stage has some capacity of passengers, the operating company will still get the guaranteed passenger pays from the public funds under the control of the government.

The mega airport was inaugurated in October 2018 by President Erdoğan when 33 construction workers were still arrested as hundreds of them had been taken into custody for protesting and striking over unsafe working conditions, work-related deaths, and labor violations. The workers were jailed for engaging in action for humanitarian working and shelter conditions.

The workers refused to work several times as their salaries were not paid for two months. In February 2018, more than 1500 workers had blocked the roads to protest poor working conditions and long working hours to complete the airport construction.

Recently, around 300 workers stopped working to protest the ongoing poor conditions at the airport. After an 18-year-old worker lost his life at an elevator shaft, the workers refused to work until necessary measures would be taken.