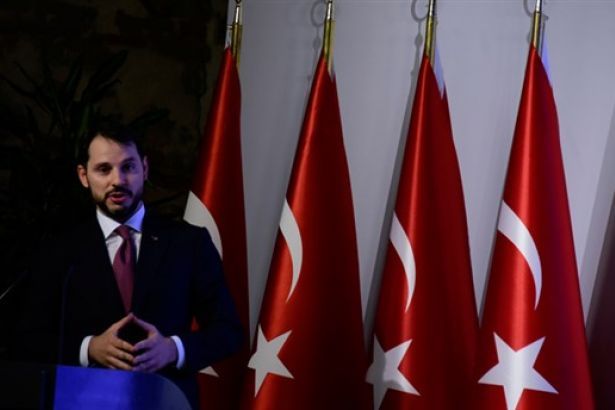 According to the Official Gazette, a decree signed by President Erdoğan on September 12 shows that a new Directorate of Borrowing has been established under the Minister of Treasury and Finance, Berat Albayrak, Erdoğan’s son-in-law.

The new directorate is assigned to manage the government’s domestic debts, bonds, treasury bills, tenders, sales, and related interests. The office will also be able to borrow from foreign markets as a guarantor in the name of the Republic of Turkey.

The directorate is designated to cooperate with other ministerial units in order to contribute to the preparation of principles and strategies regarding debts and to contact with investors and credit rating agencies.

soL columnist Kadir Sev notes that Albayrak’s ministry could establish an office out of the capital Ankara for borrowing from international monopolies that have investments in İstanbul.

WILL THE OFFICE BE ESTABLISHED IN İSTANBUL?

“It’s a weird situation,” Sev says, adding that why the government separates Turkey’s relations with international markets from the one with foreign economic relations is still a question mark. The new directorate is also authorized for domestic debts.

Sev states that the Ministry of Treasury and Finance will be able to establish agencies and branch offices in other cities, according to the recent presidential decree, showing that the new directorate is expected to be established in İstanbul as international financial markets are highly interested in Turkey’s biggest metropolitan.