The AKP government will provide $84-million financial support for a polypropylene production facility planned to be established in Turkey’s Mersin by the approval of President Recep Tayyip Erdoğan. Polypropylene facility will lead to air and water pollution in the region, experts warn 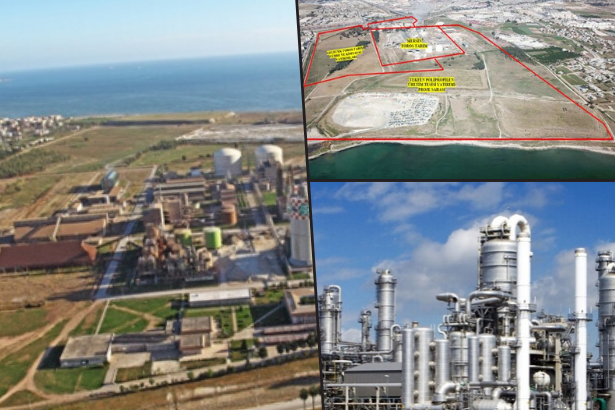 Polypropylene production facility with a capacity of 500,000 tons to be constructed in Turkey’s southern province of Mersin by Istanbul-based petrochemical supplier CFS Petrochemicals has sparked debates on anti-environmental policies of the Turkish government. It is claimed that the facility planned to be established in Mersin is the main reason behind the removal of Main Container Transhipment Port from the 11th Development Plan ratified by the Turkish Parliament by a large majority in July 2019.

At a press conference held regarding the issue, parliamentary main opposition CHP Mersin Deputy Cengiz Gökçel asked whether the polypropylene production facility to be constructed on the land connection of the port has a hand in the removal of Main Container Transhipment Port from the 11th Development Plan.

Criticizing Turkish government’s financial support of at least $84 million to the polypropylene facility by the approval of the President Recep Tayyip Erdoğan without even making Environmental Impact Assessment Report, Gökçel said, "Is your intention to dispossess people living in Mersin of its natural resources to protect your supporters?"

A POISON FACTORY IN THE HEART OF MERSIN

Noting that the plastic factory that will annually produce 500,000 tons of polypropylene and pollute the nature of Mersin will be promoted by the Presidential Decree No. 385, Gökçel also stated that the Turkish President Recep Tayyip Erdoğan takes his supporters under the government’s wings just to poison Mersin.

Gökçel pointed out that half of the area wanted by CFS Petrochemicals is an industrial zone and park, while the other half is the expansion area of the Mersin Free Zone. He warned the polypropylene production facility poses a threat to many people, reminding that "There is Karaduvar district in the east, where thousands of people live, and the free zone in the west, the heart of Mersin. Çay, Çilek, and Özgürlük districts are in the north, where ten thousands of locals live in."

Gökçel also questioned the reason behind the removal of the Main Container Transhipment Port which was planned to be constructed in Mersin according to the 11th Development Plan.

Stating that the Main Container Transhipment Port included in the city plans would have been a gateway for Anatolia, the Middle East, Turkic republics and the Silk Railroad to the Mediterranean, the CHP Deputy Gökçel underlined the port would be the largest port of Turkey with its 4 million TEU capacity, according to the Transport Infrastructure Needs Assessment (TINA) report.

For the anti-environment production facility to be constructed in Mersin, the AKP government is planning to provide $202,000 for qualified personnel support as well as energy support up to $6,8 million and interest and profit share support up to $59 million. Moreover, the polypropylene facility will be exempted from VAT and customs duty, while it will be supported by the government in VAT refund, corporate tax cut, employer’s national insurance contribution, and income tax withholding.

POLYPROPYLENE AND ITS HARMS TO THE ENVIRONMENT

Polypropylene, a synthetic material derived mainly from plastics and caoutchouc and produced generally in the industrialized countries, generates considerable pollution having a negative impact on the environment.

The manufacturing of polypropylene has important environmental impacts through air pollution and energy consumption, warns an expert at the University of Massachusetts, James K. Boyce. Air pollutants generated in polypropylene production include particulates, sulfur oxides, nitrogen oxides, carbon monoxide, and volatile organic compounds, all of which are hazardous to human health as well as the environment.

Furthermore, polypropylene is not biodegradable: "Its potential for recycling is limited by the use of additives in the production process, and by mixture with other plastics in the collection process (which leads to 'downcycling’, or re-use in products of inferior quality). At the end of the product life-cycle, therefore, polypropylene disposal entails the costs of landfill storage, incineration, or litter," Boyce warns.