More than 21 thousand irregular migrants not registered in Istanbul have been removed from the city, the Governor of Istanbul announced 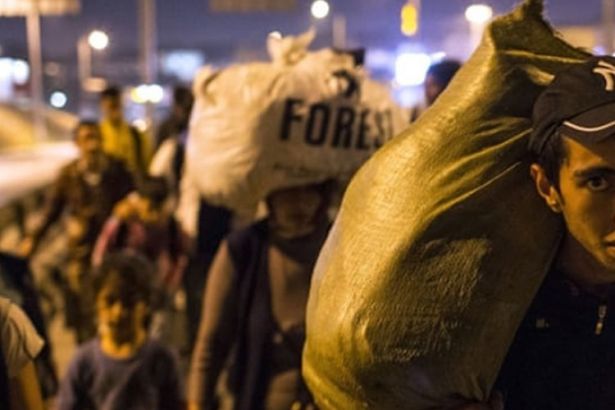 Between July 12 and August 25, 16 thousand 423 irregular migrants have been sent to repatriation centers in different provinces of Turkey to be repatriated to the countries where they came from, the Governor of Istanbul announced at a press conference on Wednesday.

4 thousand 500 Syrians who are not registered in Istanbul have been also sent to temporary asylum centers in other cities across the country. Syrian nationals, who came to Turkey due to the war in Syria, are granted the Temporary Protected Status in Turkey.

In accordance with a decision taken by the Istanbul Governorate last month, Syrian nationals who had registered in other provinces of Turkey must return to those provinces by August 20.

‘THERE ARE OVER 500 THOUSAND SYRIANS REGISTERED IN ISTANBUL’

Turkey has extended its deadline to October 30, which had been previously announced as August 20, for Syrian migrants not registered in Istanbul to leave the city or face forced removal.

As the Turkish government’s decision to force the Syrian refugees to remove from Istanbul has sparked a debate, Turkey hosts more than 3.6 million Syrians nationals, which is the largest population of Syrians, due to an eight-year imperialist intervention in Syria.

Claiming that his government is struggling to prevent the country from becoming a center of ‘illegal migration’, Interior Minister Süleyman Soylu had said last week that Istanbul’s capacity has been exceeded, and there are over 500 thousand Syrian nationals registered in Istanbul.

There are 300 thousand refugees who resided in Istanbul despite not being registered there, Turkish Interior Minister also stated.

Soylu had noted that there would be two exemptions for Syrians to be removed from the city.

Accordingly, he said that 2 thousand 600 Syrian families whose children go to school in Istanbul, as well as those with officially registered jobs in the city, would be exempted from this relocation.

According to the official figures, 3 million 600 thousand Syrians fled to Turkey since the war in Syria started in 2011.

It is estimated that there are around 550 thousand Syrian nationals in Istanbul.

Taking pride in his government policies that "managed to reduce irregular migration from Turkey to Europe by 99%", Turkish President Erdoğan had addressed at the South East European Countries Cooperation Process (SEECP) Summit in July that financial commitments promised by the European countries regarding the Syrian refugees have not been fulfilled, using the refugees to "warn" Europe.