At least 811 thousand workers between the ages of 18-20 will continue to work in Turkey under the risks of rapidly spreading COVID-19 pandemic, according to the new circular issued by the Ministry of Interior on April 5. 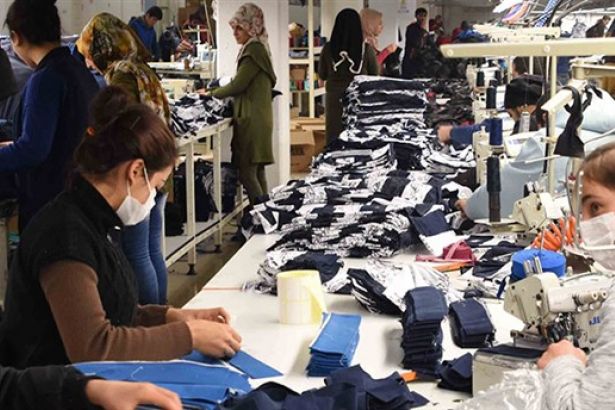 An additional circular issued by Turkey’s Ministry of Interior forces at least 811 thousand workers between 18-20 years old to work under threat of COVID-19 disease.

1 million 385 thousand people under the age of 20 have to work to earn a livelihood in the country, according to official data of the state-led Turkish Statistical Institute (TurkStat). This figure includes working people between 15 and 20 years old.

Turkey’s 2019 employment statistics indicate that 4.9% of the country’s employment data is formed by these workers between the ages of 15-20 who work to live on.

On the other hand, the number of unemployed people in the same age group is 371 thousand in the country.

The fact that Turkey’s ruling Justice and Development Party (AKP) has imposed a curfew for those who were born after January 1, 2000, and then excused public and private workers between the ages of 18-20 from this curfew is a particular concern to at least 811 thousand young workers.

According to the recent data released by the Research Institute of the Confederation of Progressive Trade Unions of Turkey (DİSK-AR), the number of young workers between 18-20 in Turkey is 811 thousand. With the new circular of the Turkish government, these workers will regularly continue to work under serious risks posed by the COVID-19 outbreak.

850 THOUSAND WORKERS ABOVE THE AGE OF 65 IN TURKEY

As the ‘‘exceptional’’ circular issued by the ruling AKP after its regulation forcing young workers between 18-20 to work under the risk of novel coronavirus disease draws public reaction, the circular imposing curfew for people above 65 was brought into the agenda once again.

With a decision taken by the Minister of Interior on March 21, the Turkish government has declared a curfew for citizens above 65 years old. Yet, thousands of citizens above 65 who have to work have been deprived of the most important source of income for their livelihood.

The number of citizens above the age of 65 who have to work to earn their livings is approximately 850 thousand, according to data released by DİSK-AR.

The Turkish government had ordered elderly citizens over 65 and those with chronic diseases to stay at home in late March, but it is still a critical question of how people above 65 who have to work will live on. 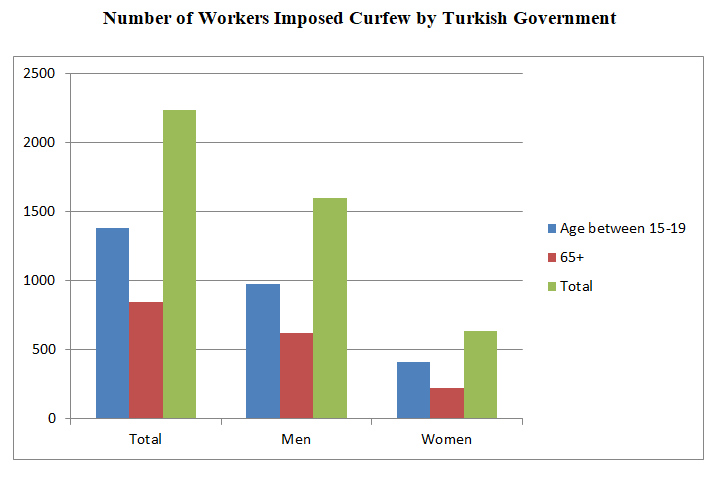 Meanwhile, confirmed coronavirus cases in Turkey rose by 3,148 to 30,217 on April 6 with deaths related to COVID-19 increasing by 75 to 649 people, Turkish Minister of Health, Fahrettin Koca, stated on Monday.

21,400 tests were conducted within the last 24 hours, bringing the total performed in the country so far to 202,845, Koca also informed.