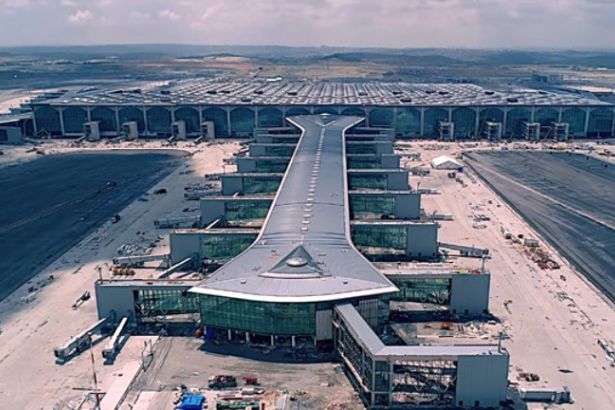 Turkey’s Transport and Infrastructure Minister Cahit Turhan, in response to a parliamentary question, stated that the State Airports Authority (DHMİ) and the operator İGA are not at fault for the deaths of 55 workers in İstanbul’s third airport construction.

Responding to Republican People’s Party’s İstanbul’s deputy Sezgin Tanrıkulu’s parliamentary question about the workers who have lost their lives and working conditions, the Ministry stated that 200,460 workers have worked at the construction so far.

Transmitting DHMİ and İGA's data, the Ministry stated that 30 people have lost their lives due to "work accidents" and 25 people due to "natural reasons" and that the mentioned institutions did not have any mistakes in these incidents.

The Ministry, which listed different reasons for the deaths of 30 workers who lost their lives due to "work accidents", argued that they had no responsibility for the deaths by opening a title called "negligence and defect".

Even though The Ministry of Labour released a statement, denying the allegations, Yunus Özgür, from the Construction Workers' Union (İNŞAATİŞ), argued that at least 4 workers fall victim to the occupational murders each week and that such news is covered by the construction management.

Due to the poor, unsafe and deadly working condition neglected by capitalists, and ignored by the government, the phrase “occupational murder” has emerged to place a strong emphasis on the dire situation workers face consistently.