Turkey’s Ministry of Interior Directorate General of Migration Management denied the allegations regarding the detention and deportation of the Syrian refugees, while it announced that the Turkish government mostly sends Afghan and Pakistani refugees to repatriation centers 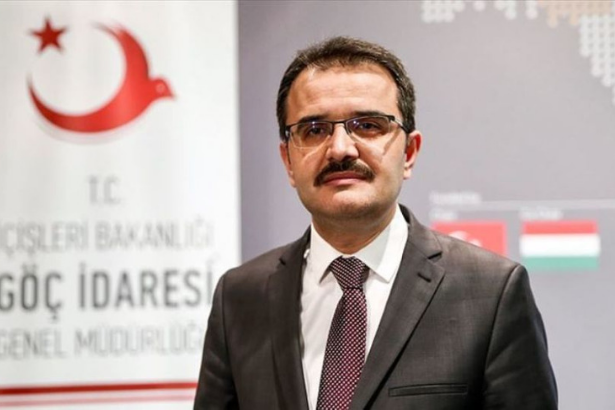 Abdullah Ayaz, the Director-General of Migration Management, made statements regarding the Syrian refugees in İstanbul on Wednesday.

Ayaz claimed that the operations carried out in İstanbul are not against the Syrians but particularly against the irregular migration, stating that those arrested and sent to the repatriation centers or provincial directorates of migration management are mostly Afghan, Pakistani refugees, and other nationals.

Denying the allegations about the deportation of Syrian refugees, Ayaz noted, "As the Minister of Interior, Mr. Süleyman Soylu, stated, there is no deportation. We have repeatedly expressed it."

"Due to the current situation in Syria, it is not legally possible to take a deportation decision. We are currently sending the clandestine Syrians to the camps. After their registration process in the camps, we provide their transfer to different provinces within planning", he continued.

Saying that there are Syrians actually living in İstanbul although they are registered in different provinces, Ayaz informed that "There is a prescribed time for them by the Governorship of İstanbul. I would like to underline once again. Currently, there are no custody, deportation, and transfer to repatriation centers regarding Syrians who have relevant IDs registered in different provinces."

"We expect them to return to the provinces where they are registered within the specified period by the Governorate", he also said.

Ayaz informed that the Turkish authorities send the clandestine Syrian nationals to the camps and register them there.

‘WE WANT TO DECREASE THE MIGRANT DENSITY IN ISTANBUL’

"We have started a process to provide Syrians to return to their registered provinces. We want to regulate this irregular movement of migrants in this way. Our aim is to reduce the migrant density in Istanbul, and establish an order", Ayaz stated.

Underlining that the Turkish government has taken many measures regarding the issue to date, Ayaz told that they have introduced such an operation to identify the Syrians registered in other provinces and came to İstanbul for different reasons.

"As our Minister [Interior Minister Süleyman Soylu] also announced, immigrant registration is closed in İstanbul due to an existing large population of Syrian refugees in the city", he added.

The Governorship of İstanbul set a deadline of August 20 for Syrians to return to the provinces where they were registered in.

According to the statement of the Ministry of Interior, new registrations were not allowed in some provinces, including Istanbul, except for humanitarian reasons such as health and education.

Last week, Soylu had said that refugees who resided in Istanbul despite not being registered there will be referred to camps if they failed to leave the province by August 20.

There are 3 million 630 thousand 575 Syrians under temporary protection in Turkey, according to data shared by the Directorate General of Migration Management. The highest number of Syrians live in İstanbul and Turkey’s southeastern provinces of Gaziantep and Şanlıurfa.