As the AKP government ceaselessly privatizes the public enterprises throughout its 17-year political power, it has now decided to expand the scope of privatization attacks by selling Turkey’s ports, marinas, highways, and bridges. The Turkish government has privatized 10 out of 13 sugar factories up until now 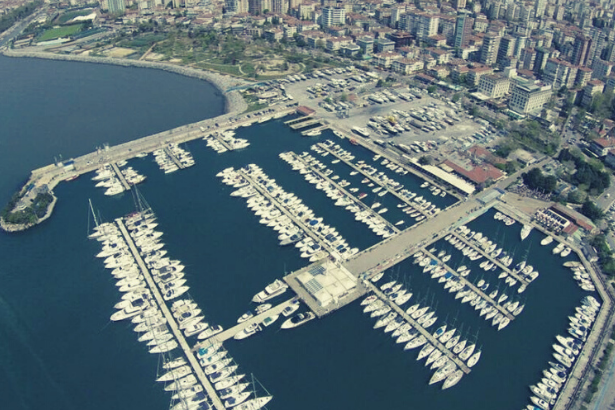 The Turkish government, which has sold or transferred state assets worth $62.1 billion up to the present, is seeking to further expand the privatization attempts for the coming years. Accordingly, AKP targets the country’s so-called ‘‘idle’’ real estate covering a 783 thousand 562 square-kilometer zone.

The legislative intention for the 2020 budget talks of the government carried out on Oct. 24 included privatization objectives. All privatization thrusts of the ruling AKP since 2002 were described as ‘‘success’’ in the budget talks.

Turkey's Erdoğan to increase his salary in latest budget proposal

PRIVATIZATION WORTH $62.1 BILLION UNDER THE AKP RULE

The sales/transfer transactions between 1986 and August 2019 were $70.3 billion in total, according to the reports. In this respect, from 1986 to the period that the AKP came to the power in 2002, state assets worth $8.2 billion were privatized.

$62.1 billion of the total privatization of $70.3 billion was carried out under the AKP rule in Turkey.

Last year, the Turkish government privatized public assets worth $1.3 billion. Moreover, the amount of all privatizations of this year until August 27 is $51 million. $1.1 billion of the last year’s 1.3 billion-dollar privatization was transferred to the Treasury.

In addition to this, the AKP government entirely handed over the country’s 18 electricity distribution enterprises to the private sector.

The AKP government is also working on the transfer of 15 more hydroelectric power plants to the private sector as well as the privatization of coalfields in the country.

TURKISH GOV’T AIMS TO PRIVATIZE ALL THE STATE ASSETS

The Turkish government generated revenue of $2.97 billion after the privatization of 15 ports belonging to Turkish Maritime Organization, a state-owned company responsible for the operation of certain harbors and shipyards in the country, and other ports belonging to the Turkish State Railways.

AKP is planning to sell some important ports such as the Port of Gulluk, Tekirdağ, Gökçeada Kuzu Port, Fenerbahçe-Kalamış Marina, and the Port of Tasucu, while a strategy for the privatization of highways and bridges in the country is being prepared by the government officials.

Even though the earliest privatization attacks along with neoliberal policies in Turkey were much before the AKP rule, especially with the military coup in 1980, AKP seizing the political power 17 years ago intensively accelerated this process by plundering and making benefits of public enterprises available to both national and international capital, continuously seeking new privatization opportunities through anti-labor policies.

Strategically important state institutions, industrial facilities, harbors, and valuable lands have been sold, while international monopolies have been implicated in the sales of these institutions.

14.6% of TÜPRAŞ, 26% of Turkish Airlines (THY), 25% of PETKİM (Turkish Petrochemistry), 17% of Halkbank (one of the biggest state-owned banks) and 9% of Turkish Telecom were sold to foreign investors. 86% of all privatizations of the past 30 years had been done during the rule of AKP, causing negative impacts on the rights of working people in the country.