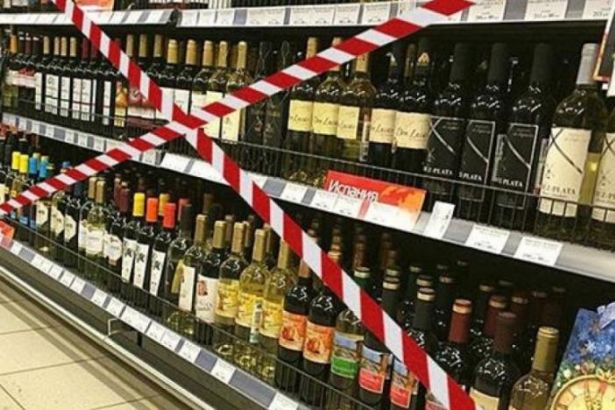 The weekend ban on liquor sales in Ankara is spreading across the country. Head of the Platform of Turkey's Tobacco and Liquor Shops Özgür Aybaş said, "This is an ideological step which will ruin many tradesmen.”

The weekend ban on liquor sales, which the AKP government tried to implement last weekend, is now becoming official.

The weekend ban on alcohol sales that cropped up for Ankara yesterday is now spreading to all provinces.

Liquor dealers, who were previously restricted to open until 22:00 hours, otherwise faced a penalty of hundreds of thousands of liras, and could only be open between 10:00-20:00 on weekdays after the latest notice, considered that these decisions are aimed at driving them into bankruptcy.

'Many liquor dealers are about to go bankrupt'

In a statement he made to soL, the Head of the Platform of Turkey's Tobacco and Liquor Shops Özgür Aybaş said "this ideological step will hit many liquor stores badly."

'Some dealers were even handcuffed backwards'

Stating that only liquor shop owners were targeted last weekend while the chain markets could sell drinks freely, Aybaş said, "Our friends who opened their shops to sell other products were faced with fines and attacks, there were even people who were handcuffed backwards."

'Spreading across the country'

Aybaş stating that this week, the decision started covering the chain stores and that the sale of liquor was banned there too, said, "This decision was first brought up in Ankara yesterday and now it has spread throughout the country by the governorships' rulings. Our friends from many provinces state that directives were received on this issue."

Stating that there is no liquor ban during the weekdays yet, Aybaş said, "The situation is getting worse nowadays. On the eve of new year, we used to make the best business, but this opportunity is taken from us. Many of our friends are on the brink of bankruptcy, and we witness merchants on the verge of suicide. Everyone has debt repayments, but after these decisions it is definitely impossible to pay our debts back. We are already closing at 20.00 on weekdays. Banks, companies are merciless about debts, the situation is getting worse and worse, going into mass bankruptcy."

When the curfew was imposed on weekends, a ban on alcohol sales was imposed on businesses in Ankara. The relevant notice was sent to enterprises selling liquor.

Ankara Police has sent a notice to markets and grocery stores stating that alcohol will not be sold on the weekends when the curfew is imposed.

In the article, it was stated that alcoholic beverages cannot be sold in shops that are allowed to remain open on days when curfew is imposed.

In this context, even if they have a sales license, places such as grocery stores, markets, supermarkets that are open between 10:00 and 17:00 on weekends will not offer drinks to their customers. Administrative fines will be applied to those who do not abide.