The ruling Justice and Development Party aim to abolish workers’ severance and notice pay within its new ‘‘supplementary pension scheme’’, preparing to expand the scope of ‘‘fixed-term contracts’’ upon the demand of the capitalist class in Turkey. 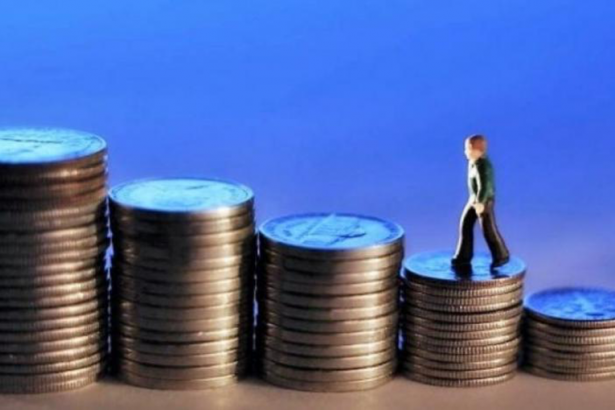 The Justice and Development Party (AKP) government, which has announced several ‘reform’ packages for bosses during the COVID-19 pandemic and condemned workers to a ‘‘salary’’ below the minimum wage and the hunger threshold under the name of short-term working allowance, has now set its eyes on the workers’ right to severance pay upon the request of the capitalist class.

The first signals of the Turkish government’s recent attack on severance and notice pay had manifested itself in the President Recep Tayyip Erdoğan’s announcement of the new ‘‘supplementary pension scheme’’.

Following this step, which drew reaction from workers in the country, the ruling AKP has now been in preparation for another attack to completely abolish the severance and notice pay.

The government’s recent preparation ordered by Turkish President Recep Tayyip Erdoğan will facilitate the employment of workers over 50 and under 25 years old with fixed-term contracts. In this way, the bosses will get rid of both severance and notice pay.

Article 11 of the Turkish Labor Law defines the fixed-term employment contract as follows:

THE AKP FULFILLS THE ANTI-LABOR DEMANDS OF THE CAPITALISTS

The capitalist class in Turkey demands that the scope of Article 11 of the Turkish Labor Law to be extended to take more “advantage” of fixed-term contracts.

In other words, the capitalist class wants to employ the workers under the “fixed-term contract” in jobs that are actually within the scope of indefinite-term employment without “objective” conditions stated in the relevant law. Thus, the bosses would get rid of ‘‘expenses’’ such as severance and notice pay, and usurp one of the most fundamental rights of workers.

The Turkish government in collaboration of the capitalist class also aims to remove the obstacles for the ‘‘chain (repeated) contracts’’ and to define these contracts as ‘‘fixed-term’’ when necessary by extending the scope of the relevant regulation.

This proposed amendment in Turkish Labor Law approved by the AKP government will further aggravate the exploitative working conditions for citizens under the age of 25 and over the age of 50, experts warn.

A report prepared by the Turkish Confederation of Employers’ Associations (TİSK) last year regarding the regulation in question argued that ‘‘objective conditions’’ should not be a necessity for the first-time fixed-term contracts, and it should be possible for employers to contract twice in a row.

The Coordination Committee for the Improvement of Investment Climate (YOİKK) had gone a step further and asked the government to provide an action plan for comprehensive working life to allow for a fixed-term contract that can be made at least three times in a row.

YOİKK is a government institution formed by the big capitalist representatives from the private and public sectors that ensures the continuity of surplus value by removing obstacles that limit the process of capital accumulation, eliminating any elements that pose a ‘‘threat’’ to the continuity of the capitalist system, and coordinating inter-class and intra-class conflicts and contradictions.

According to the new plan prepared by the AKP government, people under the age of 25 could be employed only by being insured against occupational accidents and professional diseases, like “household workers”, if they work less than 10 days a month. In other words, the capitalists will have the right to not insure them, if they say workers under 25 are working for maximum 10 days a month on paper.

The AKP is also seeking to create new funds for the Unemployment Fund due to the fact that the government has allowed the capitalist class to plunder the Fund. As the incentives given to the employers affected Turkey’s Unemployment Fund negatively, it had given a deficit of 390 million Turkish Liras [~$57 million] in April 2020, remaining below the expenses in the history of the Fund for the first time.

Funnelling billions of dollars from the Unemployment Fund, which was initially established to secure the unemployed, for the capitalist class, the ruling AKP now claims that the premiums paid by the bosses for the Fund will be increased by 2 points, corresponding to a share of 117 Turkish Liras [$17.07] for them.

While it is still unknown whether this deduction will be made or not, the deduction from the workers’ salaries for the Fund will be increased from 1 point to 2 points, and the share of workers will be 58.8 Turkish Liras [$8.58] instead of 29.4 Turkish Liras [$4.29].

In other words, the money cut from the workers for the Unemployment Fund will increase and this money will be transferred to the Fund currently serving in the interests of the capitalist class.

The Labor Center of the Communist Party of Turkey (TKP) had prepared a report in January 2020 on the Unemployment Fund, which was established in 1999, underlining that the Fund has moved away from its initial purpose and it has become a beneficial Fund for the bosses rather than the unemployed.

Only 13 percent of the unemployed benefit from the Fund, while the working class has no say in its management, the report had indicated.