Turkish AKP government detained all the top members of the country's main medical association, including its chief, after they criticised Ankara's offensive in Syria 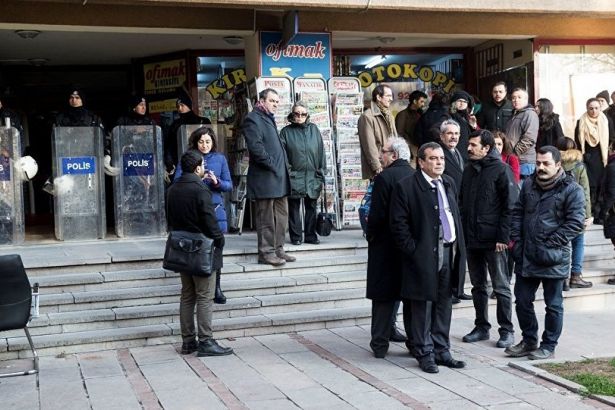 A Turkish prosecutor ordered the detention of 11 senior members of the Turkish Union of Doctors' (TTB) on Tuesday, including its chairman, after the body criticised Turkey's military operation in northern Syria.

Raşit Tükel, the chief of the TTB and seven other association members were detained in police operations in Ankara and other cities for breach of Turkey's anti-terror laws. The prosecutor said police in Ankara had started legal proceedings on Tuesday morning and search-and-detention operations were carried out in several provinces.

The association's lawyer Ziynet Özçelik said that the doctors faced accusations of "propaganda in support of a terrorist organisation, and provoking the public". Özçelik said it was the first time in the association's history that all its executive members had been ordered detained.

According to Turkey’s state-run Anadolu news agency, eight members of the association were detained.

The arrests came after the TTB issued a statement saying that conflicts lead to "irreparable problems" and that "war is a man-made public health problem". That prompted President Tayyip Erdogan to accuse the union of treason.

Turkish President Recep Tayyip Erdoğan and ministers accused the union of treason. "We have not heard these terrorist-lovers say yes to peace so far," he said. "This 'No to war' cry by this mob ... is nothing other than the outburst of the betrayal in their souls ... This is real filth, this is the honourless stance that should be said 'no' to," Erdoğan said.