As the January inflation rates have been announced, the main opposition CHP MP claimed that AKP has taken a new step to achieve “lower” inflation rates. 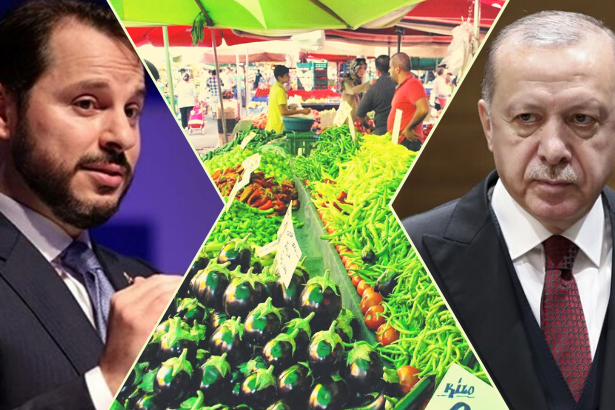 CHP Deputy President Aykut Erdoğdu stated that the percentage of goods, housing, clothing, and transportation have been lowered in the latest inflation calculation package of TurkState. According to Erdoğdu, TurkStat thinks if they cannot lower inflation under normal circumstances, they may lower the main groups affecting the households. If this tendency continues they may remove food from the inflation package.

Erdoğdu mentioned that the consumer price index has increased by 2.15% according to January 2020 inflation data and maintained its pace in double-digit numbers.

“Inflation rates which have decreased to single digits in 2019 September and October months due to base effect were presented to the public as a decline in inflation rates, but in November 2019 the rates increased to double digits due to elimination of base effect and started to increase. The price increase in 268 of the 418 materials included in the index is an indicator that the upward trend in the price index is getting stronger. The inflation rates exceeding the expectations, clearly shows that the increasing prices cannot be stopped,” the CHP deputy president said.

“The method of decreasing inflation by government became apparent this month. If the inflation rates do not decrease, they decrease the distribution of main groups affecting the households” said Erdoğdu and added:

“The government is determined to decrease inflation. However, they do not do this by decreasing the prices of goods, but instead by decreasing the weight of most consumed goods and services by the public within the inflation package. The expensive cost of living the public endures or the commonwealth of the citizens does not matter. They blatantly lie to the public by cooking the numbers. They use the official institution of the State in order to do so. They lower the weight of the most common goods within the inflation package as they are making fun of the people who are struggling to survive. However, the citizens know that if they are paying 108 TL for the same goods they bought last year for 100 TL the inflation rate is 8% and if they pay 150 TL for the same goods they bought for 100 TL last year the inflation rate is 50%."

TKP: "Queues for eggplant on one side, dollar billionaires on the other side"