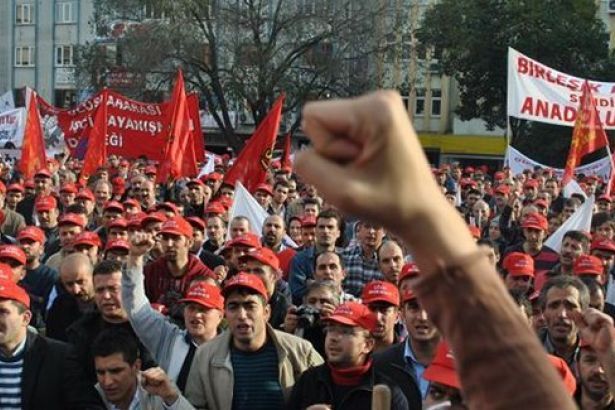 Metal workers, rejecting Turkey's pro-capitalist Metal Industrialists Union (MESS)’s unacceptable offer that includes a 3-year validity period for its contract and a 6.4% wage increase, have decided to go on strike on February 2, 2018.

The cabinet was given the right to suspend and delay strikes with a law approved in the aftermath of the Sept. 12, 1980, military coup. In 2012, Turkish AKP government adopted a "new" trade union act numbered 6356. But it merely incorporated old provisions and kept to amend strike suspension mechanisms.

NO CHANCE TO CONTINUE THE STRIKE

The decree was based on Article 63 of Act 6356 which allows the government to suspend any strike for 60 days if it is considered a danger to "national security" and "public health". The decree is followed by a 60-day 'postponement period' for negotiations, where the parties have to agree. In practice, this means that there is no chance to continue the strike after the 60-day period.

TKP responds to strike ban: Government of bosses in charge!