Lawyer of Berat Albayrak, the Minister of Economy and Erdogan’s son-in-law, made a statement regarding the news claiming that Albayrak purchased land in the Project Area of Canal Istanbul. 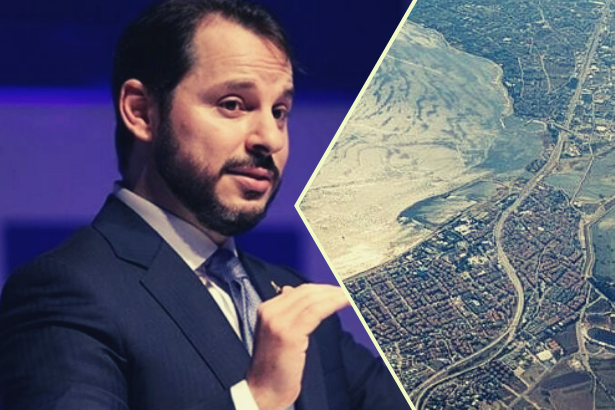 Lawyer of Berat Albayrak, Ahmet Ozel, has made a statement regarding a piece published in Cumhuriyet newspaper with the headlines “The Groom knows the business”.

The piece stated that the Minister of Economy has purchased a significant amount of land within the territory of Canal Istanbul in order to profit from the increase in real estate value. In the statement, Ozel mentioned that Berat Albayrak purchased the land beside his father’s land so that no other "foreign" investor would be able to buy the land and he did not have any other intentions.

According to the records, Berat Albayrak purchased 13 acres of land in 2012 just one year after President Erdogan announced the Canal Istanbul Project. The land which is still categorized as a farming ground is within the borders of housing area according to the amended plan prepared by the Ministry of Environment and Urban Planning.