Turkey’s top medical association on Monday said the country’s actual number of Covid-19 cases is much higher than official figures. The Turkish government has excluded 350,000 infections form its statistics since the beginning of the outbreak, the Turkish Medical Association (TTB) said. 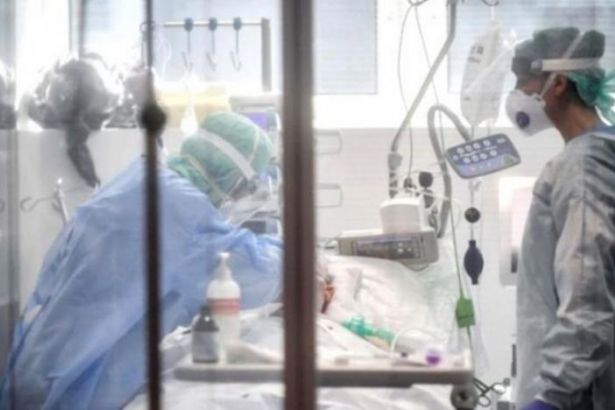 Covid-19 Monitoring Group from the Turkish Medical Association released its report on the first seven months of the pandemic. TTB said that to reach the real data, the official number of the daily cases should be multiplied by 19 and the number of deaths by 5.

TTB announced that the reliability of the Covid-19 numbers published by the Health Ministry is controversial.

In a press conference in September Health Minister Fahrettin Koca acknowledged that since July 29, the Turkish government did not include asymptomatic positive cases. One study published in September in the journal PloS Medicine has found that 2 % of infected people are asymptomatic.

The minister’s statement came after a parliamentary main opposition lawmaker, Murat Emir, claimed that the number of daily infections in Turkey was 19 times higher than the daily figures reported by the Turkish government.

TTB stated that the ministry had previously said it was insufficient to explain only confirmed cases and that "possible and suspicious cases" should also, be explained.

Reminding Minister Koca's statement that 20 percent of those tested in April was positive TTB said “Based on the minister's statement, 81 thousand 570 cases were not disclosed to the public in April, although they were positive. Even if we look at the statement of Minister Koca, 'Now this rate has decreased to 10 percent', we saw that 275 thousand 647 confirmed cases were announced to the public in September. Putting it together with the countries, Turkey will be the position of one of the countries seen most confirmed cases per population.”

According to the data obtained locally to the Turkish Medical Association (TTB), we lost a total of 112 healthcare workers, 48 of whom were physicians, as of yesterday

According to the statements of Minister Koca, if the PCR test positive rate is 20 percent in April, there are 188,243 confirmed cases, and in this case, 81 thousand 570 cases were reported to neither the public nor the World Health Organization.

The total number of tests performed in September is 3 million 241 thousand 769. According to Minister Koca's statement, if the PCR positivity rate is 10 percent in September, a total of 324 thousand 177 confirmed cases should have been registered. However, under the name of "patients", the Ministry of Health reported a total of 48 thousand 530 cases in September. 275 thousand 647 confirmed cases were not reported to the public and the World Health Organization.

While making decisions regarding the opening of schools, the prevalence of the disease in the public, the health services of the region/province, the characteristics of the population, and the conditions of the schools in the region/province should be taken into account. There are inconsistencies in the guidelines prepared by the Ministry of Health Scientific Committee regarding the contact tracing to be carried out in positive cases that will occur in schools. Situations about what to do with school contacts should be clarified in the guides and should be arranged in a way that does not confuse. The necessary work should be completed immediately to ensure that the availability of free, accessible internet, and tablets are already at a sufficient level.

Our third main problem during the pandemic period is our unpreparedness for the storm/tsunami that will occur with the addition of influenza and pneumococcal pneumonia to Covid-19 as of the season. Covid-19 symptoms and signs and seasonal influenza/influenza findings are similar. The World Health Organization recommends that anyone over the age of 6 months who is thought to have a negative effect on health and that the physician deems appropriate can get the flu/influenza vaccine. Accordingly, 10 million doses of vaccine are required this year at best. However, the Ministry of Health announced that it ordered 1.5 million doses of vaccine this year "as every year". Our people with thousands of needs will probably be exhausted before they are released to the market and will not be able to be vaccinated.