Turkey and the United States will start joint military patrols in the Syrian city of Manbij no later than Wednesday, Turkish defense minister said 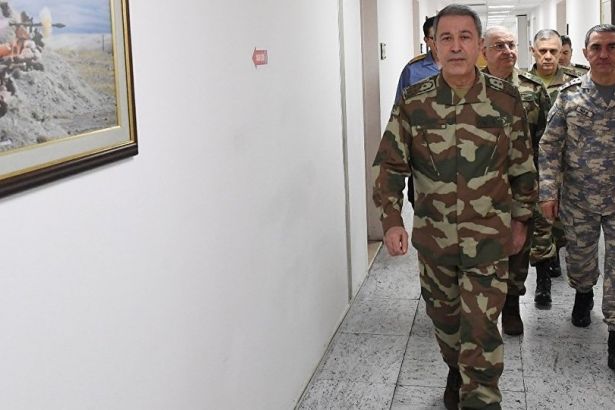 Training for joint patrols between Turkish and U.S. forces in Syria's Manbij has been completed, Defence Minister Hulusi Akar was quoted as saying by state-run Anadolu news agency on Tuesday, adding that patrols would begin imminently.

"The training process has been completed and joint patrols will begin today or tomorrow," he said, adding that after Manbij, Turkey would focus on the area east of the Euphrates River.

On October 9, Akar announced that the US and the Turkish servicemen had started training for their joint patrolling of Manbij.

Since August 2016, Manbij has been controlled by Kurdish groups.

In June 2018, Turkey and the United States adopted a roadmap envisaging the withdrawal of the US-backed Syrian Kurdish People's Protection Units (YPG) from the city. The Turkish government has long been seeking the YPG.