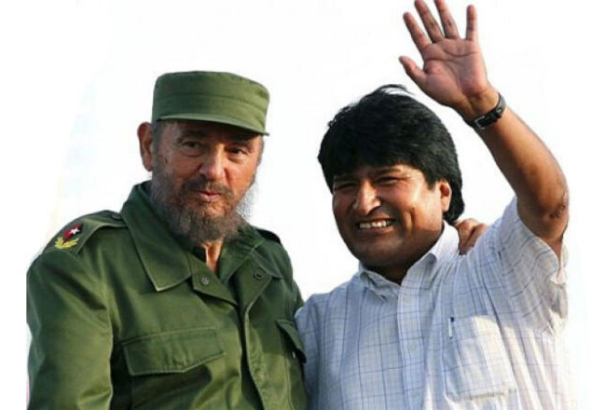 Stating that they stand by the Bolivian people and their legitimate representative Evo Morales, The Turkish-Cuban Friendship Association “José Martí” released a statement condemning the coup in Bolivia.

After Evo Morales won the presidential elections in Bolivia on October 20, the US-dominated OAS (The Organization of American States) claimed that the elections were fraudulent. After that, racist and reactionary gangs that are supporting the opposition candidate have begun to terrorize the streets of Bolivia.

Considering the fact that the army would not intervene in the attacks of these gangs and that some elements of the police actively participated in this provocation, it turned out to be a coup attempt against Evo Morales and the indigenous people and laborers of the country. As a matter of fact, by taking into consideration the increasing violence, Morales announced the decision to “renew the elections” considering the safety of the government officials and progressive leaders, and then he resigned. Despite this decision, the coup forces increased the using of violence. What has happened in Bolivia is a coup.

After Evo Morales won the elections in the first round with 47.8% of the votes, it is understood that the cooperative elements of imperialism were used to revocation the gains of the working people of the country and to increase the weight of imperialism in Bolivia and to prevent Latin America’s anti-imperialist solidarity. Luis Fernando Camacho, a pro-US reactionary boss, who stands out as the head of these cooperative elements, declared that they wanted an election without Morales. This fact explains the intention of imperialism and bourgeoisie in Bolivia.

During the Morales period, poverty and unemployment have declined considerably, worldwide important mines have been nationalized, and the welfare of indigenous people who are the majority of the population and the poor community has increased. The participation of these people in social processes has increased. The fact that a member of the family, the former owner of expropriated businesses, led the provocation of US cooperation against Morales and the Bolivian people, prioritizing religion and racism, is a recurring situation in Latin American history. The United States wants to continue the Monroe Doctrine, plans and supports the coups in order to increase its own influence over Latin America, which it sees as its “backyard”.

Latin America has previously frustrated the initiative of the colonists and the imperialists, disappointed the indigenous collaborators of the colonists, and has centuries of experience of original struggle against reaction and racism. We believe that the Bolivian people will give the necessary response to imperialism and its collaborators in the period that we are going through when the workers of the continent are again taking action to claim their rights. We stand by the Bolivian people and their legitimate representative Evo Morales.