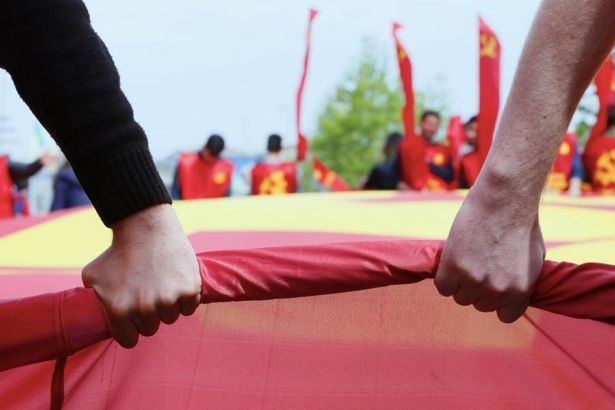 İnam took over important responsibilities in Turkey's Kocaeli, İstanbul and İzmit before and held a leading position in TKP's electoral campaign in Dersim. He might be sent to jail following the latest decision if not overturned by the high court.

TKP Central Committee member Mehmet Kuzulugil was sentenced to one year and nine months of imprisonment, but Kuzulugil's sentence was postponed.

Central Committee of the Communist Party of Turkey released a statement on the court decisions. The full statement is as follows:

We will not surrender to the terror of "insults"!

Penalties continue to be imposed on the central leaders and members of the Communist Party of Turkey on the grounds that they insulted the President.

Lastly, Mehmet İnam, one of the leading executives of our party, was sentenced to one year and nine months of imprisonment. We will not sit back and watch while our comrade is threatened by being restrained from his freedom as he was charged with the same reason before.

Communist Party of Turkey (TKP) is obliged to struggle against the ruling AKP and such a struggle is impossible to continue without criticizing the leader of this party, without disclosing his decisions, behaviors, and speeches. TKP will continue this struggle not only against the AKP but also against all representatives of this system of exploitation.

Many members of the Central Committee, including the General Secretary, several city and district executives, have been either penalized or on trial for "insulting the President" on the basis of a provision which became void after the last constitutional amendment. We are aware of the fact that this absurdity is not only limited to TKP members; tens of thousands of people in Turkey have been faced with the same political terror. However, TKP knows how to defend itself politically and legally against this irrationality and injustice. As Turkey would not be frightened by the arbitrariness of the Supreme Election Council's decision, it would save itself from the charges of "insulting the President" as well.