The decision hearing of the Şule Çet case was seen on Wednesday. The court sentenced the defendant Çağatay Aksu for life and imprisonment for 12 years 6 months, the other defendant Berk Akand to 18 years and 9 months 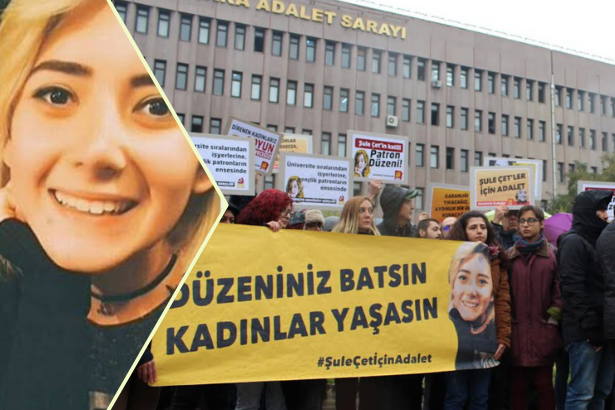 On May 28, 2018, Şule Çet, a 23-year-old student-worker woman, was killed and thrown out of the window of her boss' office, which was on the 20th floor of a business center in the capital city of Turkey, Ankara.

Her boss and his friend were being trialed for murder and rape.

After the incident, by the Ankara Chief Public Prosecutor's Office, the boss and a friend of his, who disappeared for a week, were taken into custody on June 4 but released two times with a legal control on the grounds of lack of evidence. The suspects were finally arrested in July 2018, following new pieces of evidence.

Though the young woman’s death was reported as a suicide at first, it was established later by the forensic report that her former boss, Çağatay Aksu, and his friend had drugged and raped Şule Çet before throwing her off of Aksu’s office. The case has been a focus of attention for and has drawn drastic reaction by the public.

The court adjudicated the defendant Çağatay Aksu for life and imprisonment for 12 years and 6 months and the defendant Berk Akand for 18 years and 9 months, in the decision hearing which was held yesterday, November 4.

In the decision hearing, the defendants and the lawyers of the defendants repeated their complaints about the resistance spread on social media, #JusticeforSuleCet, claiming that they were declared guilty by the public opinion due to agitation brought up by social media.

"They accused us by false autopsy reports. We were arrested with pieces of A4 papers and false social media news," one of the defendants said.

ŞULE ÇET'S LAWYER: 'THIS WAS NOT THE DECISION WE WANTED'

Şule Çet's lawyer, Umur Yıldırım, said they would take the decision to the court of appeal, which is a higher court. “We've put up a struggle with the whole public, and the court reached a decision in the end. This wasn't what we wanted but at least they are sentenced. Her father is still in deep agony,” he said.

"Although the decision came as a relief, it was not the decision we wanted. TCK article 62 (Turkish Penal Code) discretion was applied. Addressing Çet's father, it was sadly stated by the defendants that he should have taken care of her daughter. This mentality is wrong and discretion should not have come up on the final decision. Unfortunately, the court at this point abated. Cagatay Aksu was sentenced to life imprisonment for the purpose of concealing a crime of deliberate killing. He was sentenced to life imprisonment with an article 62 discount. Berk Akand was sentenced to a total of 18 years and 9 months of imprisonment for his participation in helping in all these crimes. This was a struggle for justice that lasted for 1 year. We struggled with the whole public, and the court put an end to the case. But her father's pain is there," said the lawyer after the hearing. 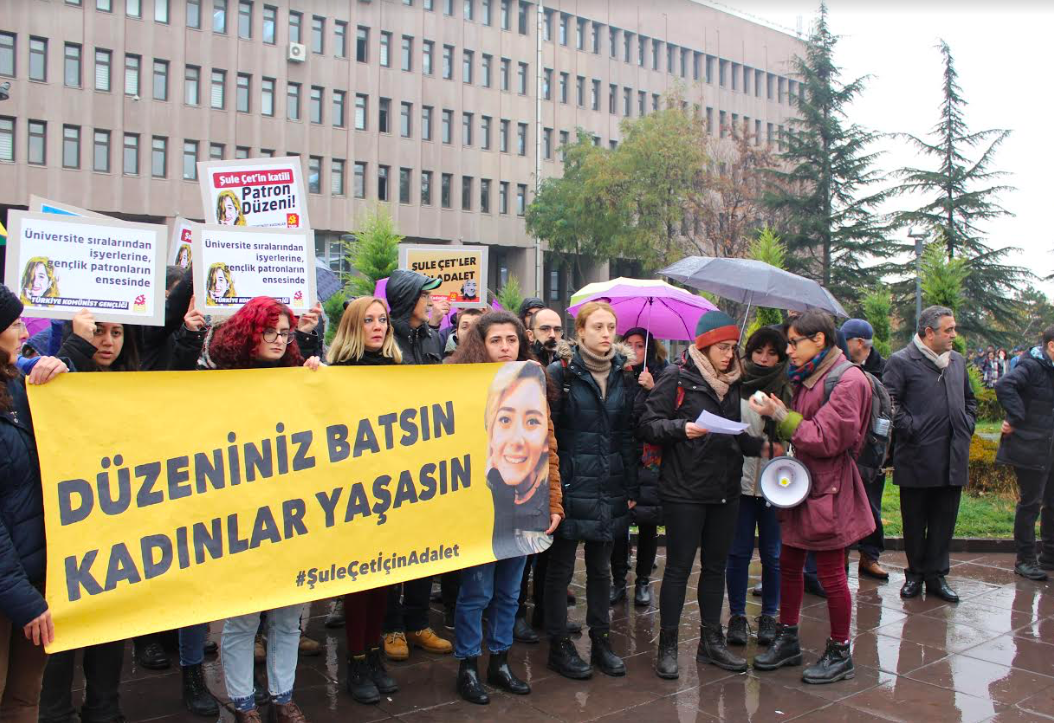 COMMUNIST WOMEN: 'TRUE JUSTICE WILL BE POSSIBLE WHEN THIS ORDER IS OVERTHROWN'

Making a statement in front of Ankara courthouse after the decision hearing, the Communist Women, Communist Youth of Turkey and Lawyers of TKP, stated that "This decision has been taken against the demand for aggravated lifetime imprisonment and in favor of those who tried to use the public resistance to cover up their own crimes, despite a long-standing resistance demanding Justice for Şule Çet."

"Turkey's communists recognize that any punishment is not enough for brutally killing a young woman at the age of 22. Today, in this order, justice will never be achieved regardless of how the decisions are taken. In order to achieve justice, we will continue to struggle to prevent women from being killed at work, in their homes, on the streets, in the minibusses. True justice is only possible if this order, which nurtures violence and inequality, is overthrown," the statement said.

The communist women, youth organization and lawyers of the Communist Party of Turkey (TKP) have been following the case closely and the communists carried the resistance in front of Ankara courthouse in appearance days.

Arrest of defendants in Şule Çet case to continue: Call for justice continues