A Turkish court decided to release two murderers of Mehmet Ayvalıtaş, an activist in the anti-government Gezi Park protests who was killed by a vehicle driven into the crowd during a protest march in Istanbul in 2013 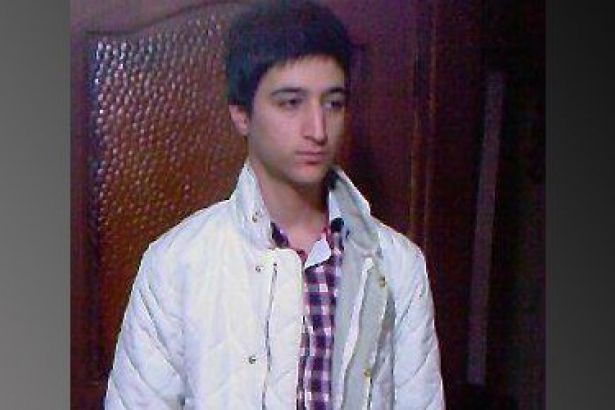 Two defendants, Mehmet Görkem Demirbaş and Cengiz Aktaş who were charged with murdering Mehmet Ayvalıtaş during the anti-government Gezi Park protests in 2013, have been acquitted by the İstanbul Anatolian 8th Heavy Penal Court in Kartal Courthouse on Monday.

The defendants had been on trial without arrest up to 15 years in prison on the charge of "causing reckless killing and injury" as per Article 85/2 of the Turkish Penal Code (TCK).

According to a report in Cumhuriyet Daily, the counsel for the prosecution, Sevgi Evren, pointed out that the expert reports regarding the murder were biased and insufficient.

"The reports prepared by two police officers on the day of the incident were ignored for 6.5 years. This case has been insufficiently examined. Therefore, the opinion given by the court board cannot be acceptable," Evren noted.

"All concrete evidence we have proves that this is an act of deliberate killing of a person," she continued.

Claiming that the prosecution should be extended, Evren demanded the preparation of a new expert report and the hearing of new witnesses before the court.

"I LEAVE THIS COURT DECISION TO THE CONSCIENCE OF PEOPLE"

Reminding that 6.5 years have passed since the death of his son, Ali Ayvalıtaş, the father of Mehmet Ayvalıtaş, said after the announcement of the verdict: ‘"My son would have been a soldier if he was alive. He would have started a family, and served humanity. My son had just attended a march. Is that a crime? I trust you and ask you to arrest the murderers of my son. My child was killed. My wife lost her life. I had by-pass heart surgery after this incident. I cannot walk. I seek refuge in God, and I leave the court’s decision to the conscience of people."

The court board unanimously decided to refuse all demands of the attorneys requesting the extension of the investigation to prepare a new expert report on the pretext that the demands in question would prolong the judgment process.

Mehmet Ayvalıtaş was murdered after being hit by a vehicle in a protest march on the Trans-European Motorway (TEM) in Ümraniye district of İstanbul during the Gezi Protests in 2013.