Turkish court once more postponed the hearing of the case of Berkin Elvan, 14-year-old boy who was shot dead during the Gezi protests 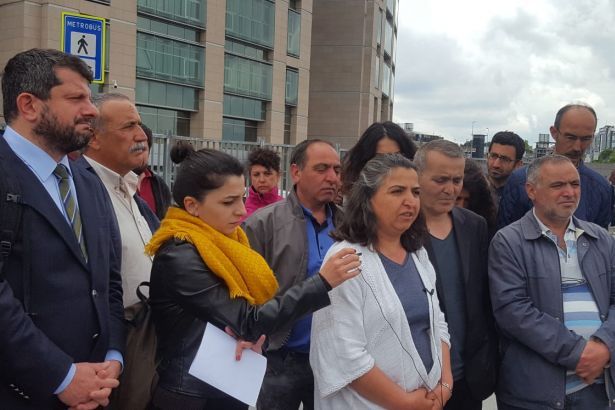 The court hearing for Berkin Elvan, a 14-years old boy who was killed by police during the Resistance of June, known as Gezi Uprising in 2013, Turkey, once more postponed. The decision to postpone the session was justified by the absence of witnesses and the report of the crime scene was missing.

The father, Sami Elvan made a statement after the decision. “There are 5-6 witnesses and more to bring, but they still didn’t show up. That means police do not bring the witnesses purposely to prolong the trials. We will once more be here on the 19th of June and set our stance firmly. We want justice, we indeed starve for justice. Not only us, everybody in this country are starving for justice. The most recent municipality elections was an example of how they were playing, same for our trial, they keep playing, not let the decision to arrive," he said.

The mother, Gülsüm Elvan, said that “this week there is mothers' day. Look at the gift they are giving us, to mothers! They celebrate our mother’s day. How many years it has been since we have been suffering at the trials? He (Erdoğan) gave the command to his police, he motivated them to kill my son".

"In his demonstrations and meetings, he cited my name and ask the audience to boo me. How many kids have been killed, there are many of them. Such a priceless gift at the day of mothers. But I believe that we will win the justice, they buried it this Monday, but we will dig it out and get it back. Everything is going to be alright!" Berkin's mother added.

Berkin Elvan, who was shot dead with a gas cartridge during the Gezi protests, was suffered from brain hemorrhage until he died after 269 days in the coma. Elvan was turned 15 during his days in the coma.

The investigation of the case was completed on December 7, 2016, approximately after 3 years of Berkin’s death, and the first hearing of the trial was held on April 6, 2017.