Villages of Syria’s Tal Tamer countryside were bombed by Turkish Armed Forces and its jihadist allies, the Free Syrian Army militants, according to the report of the Syrian Arab News Agency (SANA), a Syrian state media organization linked to the Ministry of Information 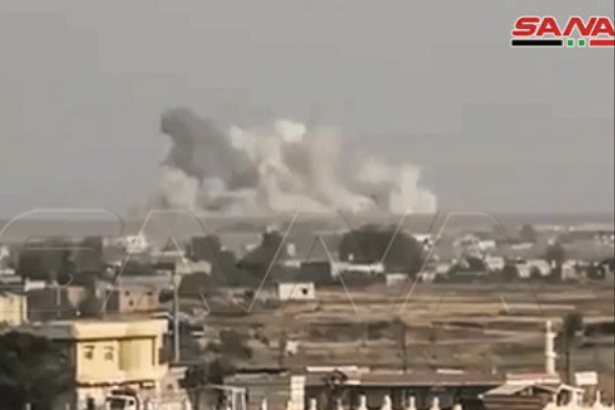 SANA also stated in its report that ‘‘Turkish occupation forces and its mercenaries have launched an assault with heavy weapons which caused the destruction of residential buildings and the infrastructure and the displacement of the locals in Reshadiye, Qasmiyeh, Aziza and Reyhaniye villages of Tal Tamer located in northwestern of al-Hasakah.’’

According to the report, electric transformers, pharmacies, and shops were plundered by the occupation forces in the Ras al-Ayn countryside.

"Turkish army is firing live bullets on Kurdish protesters and killing them in broad daylight," Mustafa Bali, Spokesperson for the SDF, which is the political wing of the People’s Protection Units (YPG) considered a terror group by Turkey due to its link to the Kurdistan Workers’ Party (PKK), said in a tweet on Tuesday.

The Syrian Observatory for Human Rights stated that two civilians were killed and seven injured after the fire opened by the Turkish forces in Kobani, the town along the Syrian-Turkish border.

A witness speaking to Reuters News Agency told that Turkish forces firstly fired into the air to disperse the protesters, and then they used live rounds and tear gas on the protesters, wounding three.

The Turkish Ministry of National Defence said in a statement issued on Wednesday that "A fifth joint ground patrol with Russia took place in Ayn al-Arab district in the east of the Euphrates on Tuesday with due care and diligence for the safety of both civilians and our military personnel despite provocations by plotters."

The statement made by the Russian Defence Ministry on the fifth joint patrol with TAF in the region had not mentioned a shooting incident of civilians.

Last month, the Turkish army launched an offensive into northeast Syria in order to remove the Kurdish YPG from the region and to seize the control of a 120-km land along the border zone. YPG had to withdraw its militants at least 30 km south of the Turkish-Syrian border following a deal between Turkey and Russia in October.