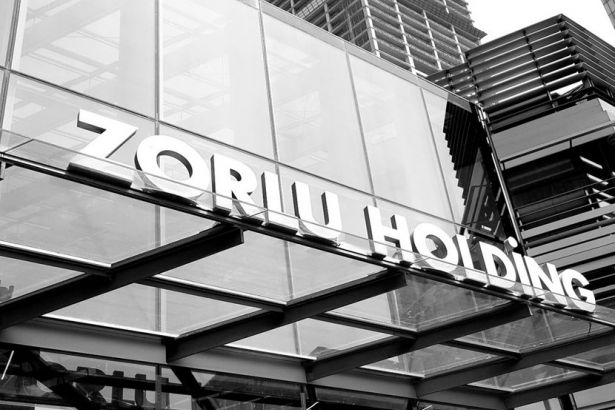 One of Turkey’s biggest corporate groups, Zorlu Holding, dismissed several workers under the pretext of economic crisis and restructuring. Talking to soL News, three workers say that the holding has built an empire of fear amidst mobbing and poor working conditions, particularly for the last two years.

Dating back to 1953, Zorlu Holding is a huge corporation particularly operating in such fields as electronics, white goods, telecommunications and energy as the company is among Turkey’s top exporters while employing several thousands of workers.

The workers note that they do not get overtime wages although they are forced to work up to 15-16 hours a day, adding that the holding has been monitoring the workers’ entrances and exits at workplaces through an automatic system that warns those who are late even five minutes.

The workers underline that they are often sent to field works, and sometimes to the other cities around Turkey, although these extra works are not recorded within the formal working hours. Workers face the holding’s threats to “cut from their leave days” even if they are five minutes late to the work, as they are forced to fly very early or late to work in other provinces.

The workers have told soL that Zorlu Holding has intensified mobbing particularly in recent years, adding that the new human resources department has started to monitor the workers very strictly via cameras to exercise psychological pressure on them. The administration continuously monitors the workers via mobile phones, calling them sometimes to ask what they are doing at that very moment.

The workers note that the dismissed employees are publicly offended; moreover, even the longtime workers are escorted by private security forces in a harsh atmosphere during the dismissals. Some of the workers state that the holding has tried to intimidate them with the threat of dismissing them without compensation pays. The holding administration often uses some “reliable” workers as “informers” in order to monitor the workers firmly.

The workers have told soL that while the administrators’ corporative expenses are never questioned, the employees face mobbing with unwritten rules; so much so that some workers are not even allowed to drink energy drinks during 15-hour long working hours in field works. However, these “rules” are not applicable to those who are near the administrative circle.

‘THE EMPIRE OF FEAR’

Some workers from Zorlu Holding say that the senior administrators threat them with such statements, “You’re here for one more year, do not look for a job anywhere else; if you do so, I’ve long arms, I will find it out.” Furthermore, the workers note that the human resources department often tries to “calm” the workers, saying that “there is nothing to fear”, particularly during the dismissal of other workers, exercising a great psychological pressure.

Some of the fired workers state that several employees had to receive psychological treatments because of the mobbing and irregular working conditions at workplaces, as such people had to conceal their medical situations from the administration in order not to strengthen their hands for excuses for dismissals. They say that most of the employees at the holding have started to define the holding as “the empire of fear”.

ZORLU PUBLICLY DENIES CRISIS, BUT FIRES WORKERS DUE TO CRISIS

The fired workers from Zorlu Holding underline that the administration showed the economic crisis as the reason of their dismissals although the holding publicly denied the existence of the economic crisis, echoing Turkey’s President Recep Tayyip Erdoğan who claimed that there was no crisis but economic manipulations in the country.

The workers indicate that the holding often targets those workers who reacted against the company’s pressure and impositions. The workers add that Zorlu Holding continues to open news stores around Turkey, as well as foreign countries like Qatar, further increasing the company’s international projects.

The workers note that the holding do not resort to dismissals because of the company’s financial problems, considering that Zorlu Holding has recently made huge payments to some consulting firms within the scope of new projects to enlarge the holding within the market. They say that the holding has fired around 40 senior white-collar workers in its textile branch, showing that the big company has turned the crisis into an opportunity.

The holding is also known to forbid its workers to engage in political activities in its workplaces by compelling them to sign “ethical codes” document. Among the companies owned by Zorlu group is Vestel, which is a professional appliances manufacturing company that received a super incentive from the ruling AKP government.

The holding was appreciated by President Erdoğan, who said, “If they have the iPhone, there is Samsung elsewhere. We have Vestel,” indicating to Zorlu group’s mobile phone trademark, in August 2018 during the escalated tensions with the US over the detainment of American pastor Andrew Brunson in Turkey.