Workers will be worked more intense and flexible and by increasing their exploitation rates, it will be aimed to transfer more income to the wealth fund 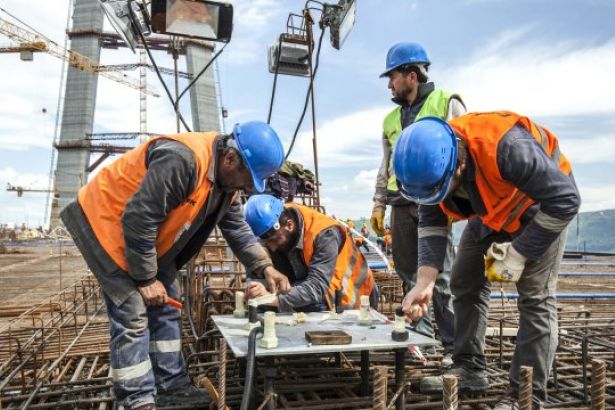 Another attack has been organised with a new statutory decree during the state of emergency period in Turkey. Upon the cabinet decision based on the decree, Turkey’s most important establishments were transferred to the Turkey Wealth Fund (TVF). These transfers will start a massive wave of attacks on the working class. The ruling Justice and Development Party (AKP) will attempt to win the forthcoming presidential referendum by attacking the class.

In order to expand the resources of the TVF, public institutions need to start yielding more money primarily. This means that the TVF administration will direct these institutions, which should normally operate in accordance with the public interest, with a sense of private sector to reduce the costs.

Abolition of some securities of the public employment, flexibilization of the employment nature, increment of subcontracting, and reduction of employment by restriction will be wanted. Workers will be worked more intense and flexible and by increasing their exploitation rates, it will be aimed to transfer more income to the TVF.

Labour legislation that public institutions are subject to will not apply to the workers at the TVF and the companies it will found. In other words, those workers won’t have a public employment security. They will intend to deprive the labourers at the transferred establishments, too, of these securities.

BOSS OF PRIVATISATION GIVEN CHAIR OF TVF

Amongst the aims of the transfer to fund is to bring in direct sales income by selling a portion of the shares of profitable, income-generating public institutions. Therefore, the public offering plans for the TPAO will be speeded up. The BOTAŞ is thought to be divided in three. Shares of the state-owned Ziraat and Halkbank may be put up for sale.

Moreover, Eti Mine Works, which has obstacles to be privatised and even to work cooperatively with private corporations under the current legislation, may come up to be privatised in many ways by being transferred to the fund, finding a way around the legislation. Eti Mine holds 72% of the world boron reserves and the monopolies that want to use this reserve have been putting pressure on governments for years. Now, they can go in a partnership for the Eti Mine to use the boron reserves. Because the TVF has great authorities, it can create an actual state that is above the current legislation, without any inspection and sanction.

Although the government official asserts the contrary, it is obvious that the TVF’s main source will be the privatisations. If this wasn’t the case, they wouldn’t have assigned the Director of the Privatization Administration Mehmet Bostan as the head of the TVF.

Considering his profound knowledge and experience, it is natural for them to the think Bostan, who has been in charge of the privatisation operation, as the best person to make sales of the real estate belonging to the Treasury and the public institutions transferred to the TVF

SAVINGS OF WORKERS BOUND TO TVF

Transferring the public institutions to the TVF won’t be enough for the government. It is because much more is needed to endeavour to resolve the problems in the economy and to raise funds for the crazy projects. Therefore, they will want to link all the existing funds to the TVF.

One midnight, we can learn that the 103 billion Turkish lira [≈ 27.7 billion U.S. dollars] worth of Unemployment Insurance Fund that is formed by the savings of the workers is bound to the TVF upon a statutory decree.

The timing of the statement by the Minister of Labour and Social Security that “We will commence the Severance Pay Fund in 2017” is rather meaningful. If they can accomplish so despite the reaction and resistance of the working class, it is certain that this Severance Pay Fund will reach a bigger capacity than that of the Unemployment Insurance Fund. In that case, they will think of linking the Severance Pay Fund to the TVF.

If these aren’t enough, they can seize the wages of the working class to create all sorts of new funds. Why else would it be that the TVF’s executive board is filled with sharp-witted consultants?

Taken these steps hastily prior to the forthcoming presidential referendum, the government’s intention is clear. In order to win the referendum and to strengthen the foundation of the new presidential system, they will try to apply makeup on the economy and to prevent the problems in the economy and external financing difficulties from interrupting their crazy projects with the help of the TVF.

The direct consequences of these intentions are privatisation of state-owned corporations, an abolition of the security of public workers, the increment of flexible employment implementations in the public sector, release of the country’s strategic resources to the market, and transfer of the funds formed by the workers’ savings and efforts to the TVF pool.

In brief, they will attack the working class from all quarters. As for thinking that the working class will keep quiet and still about all these, it is the soft spot of these evil intentions. The limit to them is right here.