Turkey's Unity Trade Union announced on Tuesday its aims, goals, and principles for its establishment at a press meeting. 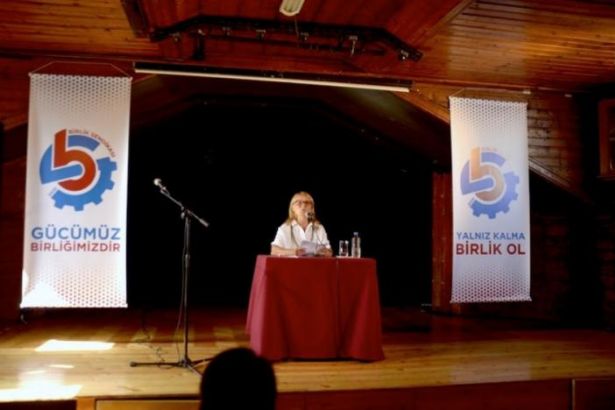 Turkey's Unity Trade Union announced its start with a press conference on Tuesday, October 6, and declared that the union started to work on bringing the working class together in various sectors. The Secretary-General of the Union, Zehra Güner Karaoğlu, as well as the representatives of solidarity networks of shopping mall workers and private school teachers, gave speeches during the meeting at Kadıköy Nazım Hikmet Cultural Centre, Istanbul.

The establishment of the Unity Trade Union came after a resolution adopted at the 13th Congress of the Communist Party of Turkey (TKP) that was held in August 2020.

In the press meeting, Karaoğlu underlined the difficulties unorganized workers faced in their struggle against the deterioration of living, and stated that ‘We need forces that would defend workers’ rights and interests against the rule of the bosses’.

Karaoğlu highlighted the importance of the "We Breathe down the Bosses’ Neck" (PE) solidarity platform:

"PE network has raised the voice of workers in the face of injustice and responded to the calls for solidarity for more than two years. It will continue to do so. The most unorganized fractions of working classes have acquired their rights. The Platform helped workers to get their unpaid wages and unpaid indemnity payments. We are moving forward and toward trade unionization. This Union will be based on unity and solidarity so that we could organize a unified working class.’

The principal aims of the Union are declared as follows:

. To ameliorate the economic and social rights and working conditions of working class,

. To achieve solidarity and unity for the working class,

. To support practices and people to enable the workers’ front against the capitalists,

. To defend the rights of immigrants and support the struggle against discrimination based on language, race, gender, political ideas, religion, faith, and sect,

. To achieve solidarity and struggle against unemployment, poverty, and precarious work in Turkey and in the world,

. To undertake joint activities with international trade unions and confederations to advance workers’ economic and social rights and freedoms and achieve solidarity.

Karaoğlu called on the working people to organize, stating that "There are millions of workers who are unorganized because their sector does not allow unionization. We are calling for all to organize against the pressure of bosses."

Karaoğlu announced that the union will declare the organizing aims in near future and stated:

Madame Coco workers are also very excited about the Union.

We announce we will unionize in Nautilus, Cevahir, Carousel, İkitelli Arena Park, Ataşehir Metropol shopping malls. We are launching a big action in these places." 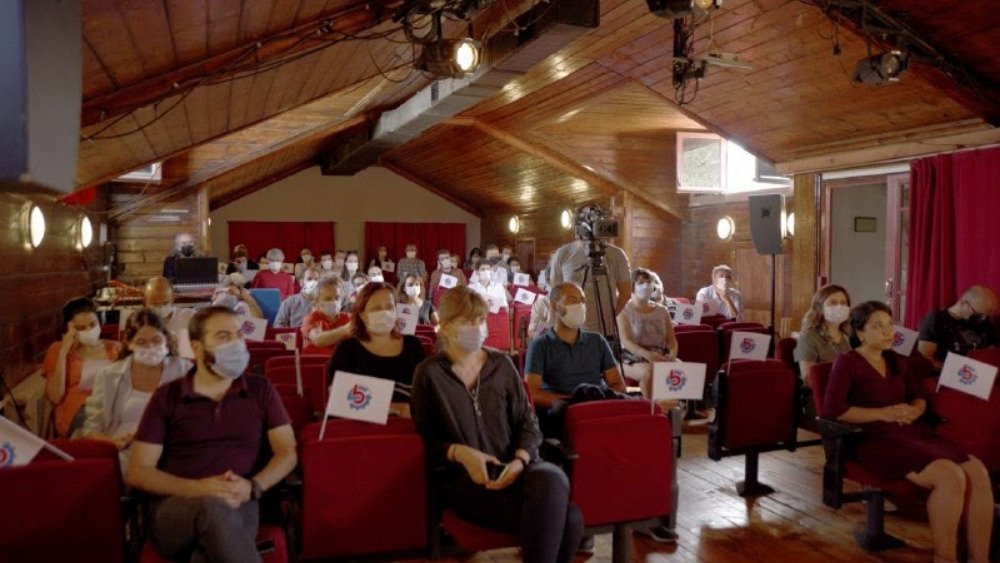 "WE ARE NOT ALONE ANYMORE"

A shopping mall worker underlined that the working conditions deteriorated during the pandemic and said "We have to work without sunlight, we face bullying. The best answer to the bosses would be the organization of shopping mall workers. Shopworkers, security workers, cleaning workers... Thousands of workers will come together and have the power of unity. Our union is founded. We are not alone anymore.’

A private school teacher said "We are threatened and we face the loss of rights every day. Working with dignity is abolished. We do not see it as what we deserve. We, teachers, have the union where we can act together with other teachers in the struggle against injustice and produce answers. We are not alone anymore. We are calling for organizing in our union."