While the virus continues to spread in malls, the measures taken will not reduce the risk of contamination, and the number of workers who are on leave without pay will only increase. Turkey's Unity Trade Union is calling out to the shopping mall workers. 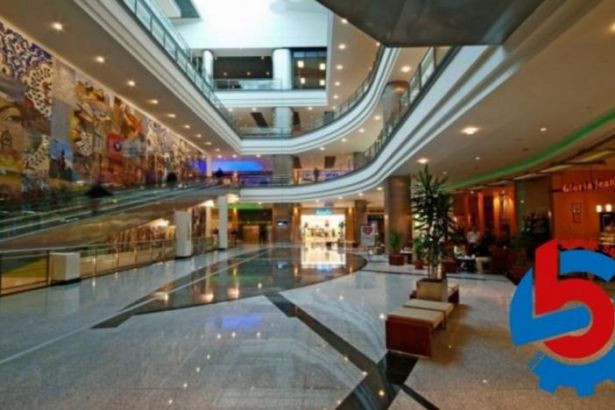 Turkey's Unity Trade Union called out to all the laborers working in shopping malls and expressed that they are not desperate and alone and called to contact the union.

In the statement made by the General Board of the Unity Trade Union, "The virus continues to spread through factories, shopping malls, and public transportation. While the epidemic has already sufficiently aggravated the working conditions of workers, the 'measures' taken across the country make the lives of employees even more difficult.

With the circular published by the Ministry of Internal Affairs on 17 November 2020, the working hours of shopping malls were partially restricted to be between 10:00 and 20:00. Regarding this restriction, Turkey's Unity Trade Union underlines that the busiest hours in shopping malls are between 14:00 and 19:00 whether it is a weekend or not.

The employers prefer to extend one shift instead of running two shifts due to the time constraint. As a result, the number of workers on leave without pay is increasing drastically.

The statement remarked that workers who are not given leave without pay in shopping malls will be forced to work overtime because of the decrease in the number of employees and will continue to work for longer hours than usual. It was pointed out that while the virus continues to spread, laborers will be left alone with poverty.

MANY WERE FORCED TO QUIT

According to the information coming from their members who work in shopping malls, the Union has announced that, although firing is prohibited by law at the moment, the employees are forced to resign due to increased mobbing in some workplaces.

In the statement, it was recorded that the threats of sales pressure and leave without pay by the bosses continue while the increasing Covid-19 cases among shopping mall workers are brushed under the rug. It was also noted that there are stores in shopping malls where many employees who have a virus contact story are forced to work only to make more sales.

In the statement, shopping mall workers were called to become a member of the union in order to stop violations of rights, to work in better conditions, to expand their rights, and to obtain security.

We have our union now.

Our call is to all shopping mall workers:

- If the precautions to be normally taken during the epidemic are not taken and your health is disregarded for the sake of excess revenue,

- If other employees who are in contact with the infected workers in your workplace forced to continue working,

- If your working hours are not planned to reduce the contact, but planned to be at work during the busy hours of the shopping mall,

- If you are threatened with constant unpaid leave,

All employees under the shopping mall roof, we are no longer desperate nor alone, we have a union! "