The union of all workers' unity, struggle and solidarity (Unity Trade Union) sets out with a press conference to be held today in İstanbul. 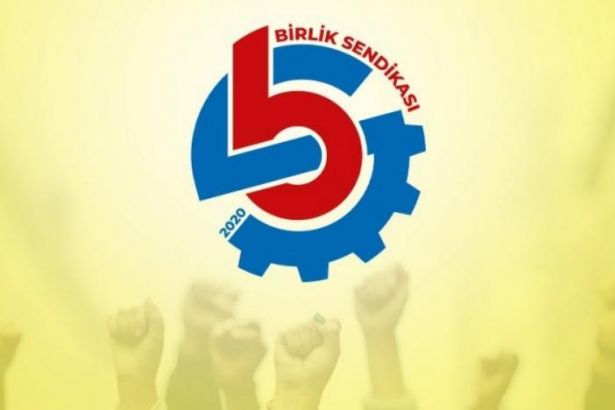 The establishment of Unity Trade Union came after a resolution adopted at the 13th Congress of the Communist Party of Turkey (TKP) that was held in August 2020.

The invitation declaration released before the establishment meeting of the union is as follows:

INVITATION TO THE PRESS CONFERENCE OF THE UNITY TRADE UNION

Our country has been turned into a labor hell for the workers.

Workers' wages are not paid regularly, their compensations are violated.

Cost of living has further increased.

Workers are forced to work under the threat of the coronavirus outbreak.

On the other hand, as usual, the bosses lie again as they claim that they are the “victims” at the most despite the convenience provided to them.

All the resources of the country are transferred to the bosses' safe deposits.

All this is happening because the workers are not organized. It is necessary to put an end to disorganization.

Unions are one of the most important means of struggle of the workers against this corrupt order established by the bosses.

However, unions are getting organized today by accepting the disunity of the workers. Trade unionism on the basis of sectoral branches prevents workers from organizing and fighting together even at the same workplace.

However, what workers need is unity.

Established in line of business no.10 (Trade, Office, Education, and Fine Arts), enabling the workers who are working under the same roof at workplaces and sectors to unite and struggle all together,

UNITY will be based on the unity of the workers, not their disunity.

UNITY will mean the solidarity of the workers.

UNITY will be the address of workers' struggle for rights against bosses.

The establishment of the Unıty Trade Uniın will be announced to the public on Tuesday, October 6, 2020, at 13.30 at İstanbul’s Nâzım Hikmet Cultural Center.

OUR STRENGTH COMES FROM OUR UNITY.

DO NOT STAY ALONE, UNITE

SHOW SOLIDARITY, FIGHT FOR YOUR RIGHTS