As the incentives given to the employers affected Turkey's unemployment fund negatively, the fund gives a deficit of 390 million Turkish liras in April. For the first time in the history of the fund, the revenues remained below the expenses 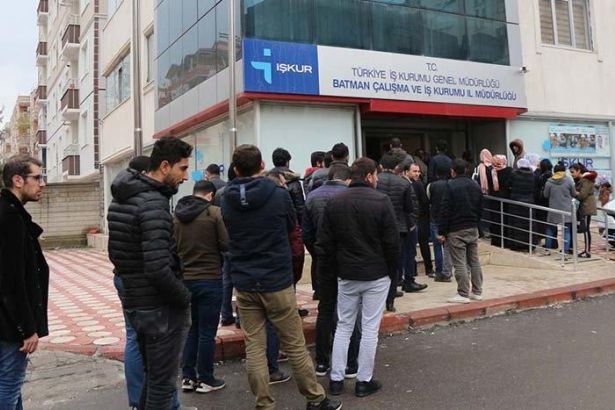 For the first time in the history of Turkey's Unemployment Fund, the revenues remained below the expenses. Unemployment Fund had a deficit of 390 million TL in April. Incentives given to the employers from the fund were effective in destabilizing the fund, according to the experts.

According to the report on "Unemployment Insurance Fund" announced by the main opposition CHP Istanbul Deputy and Chairman Advisor Erdoğan Toprak, the total revenue of the fund was 3 billion 90 million TL in April. The expenditure, on the other hand, was 3 billion 480 million.

Unemployment benefits still constitute the one-third of fund revenue. In 2018, the money paid to employers from the fund exceeded 12.5 billion TL. In the same period, the premium paid by the employers to the Unemployment Fund was 9.2 billion.

Employers made a premium payment of 9.2 billion and received 12.5 billion as incentives. The report pointed out that employers continue to receive more incentives from the premiums they pay in 2019 as well.

The ruling AKP government's attempt to give the sources of the fund as incentives to the employers resulted in a loss in the fund, according to the experts. Deficits and losses are expected to increase rapidly in the coming period.