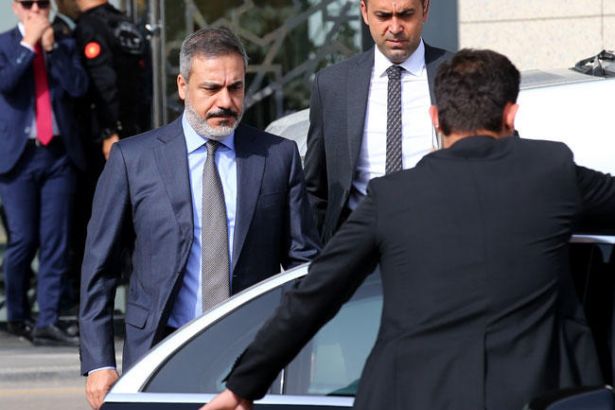 Hakan Fidan, a close confidant of Turkey's President Tayyip Erdoğan, has met with senators to discuss NATO issues and was expected to meet with U.S. intelligence officials later on Friday, according to five sources familiar with the matter, who spoke to Reuters on condition of anonymity.

The killing of Jamal Khashoggi in the Saudi consulate in Istanbul was discussed in the meeting with members and staff of the NATO Observer Group, a bipartisan group of senators that advocates for the alliance, two sources familiar with the matter told Reuters.

But it was not a central subject in discussions with senators and the Turkish side has refrained from making it the focus of their meetings, the sources added.

Fidan was expected to discuss the murder of Khashoggi in his meeting with U.S. intelligence officials, sources said. It was not immediately clear if Fidan was to meet with Gina Haspel, director of the CIA.

Khashoggi, who was considered close to the Saudi royal family was a former newspaper editor in Saudi Arabia. He advised Prince Turki al-Faisal, the former Saudi intelligence chief, and has also been close to billionaire investor Prince Alwaleed bin Talal.

Middle East insiders say some deeper subplots played into Khashoggi’s death — ties to Saudi intelligence and his past relationship with the Muslim Brotherhood.

The CIA has assessed with medium to high confidence that Saudi Crown Prince Mohammed bin Salman, the kingdom's de facto ruler, ordered the killing of Khashoggi when he visited the consulate on Oct. 2. Saudi Arabia has said the prince had no prior knowledge.