Turkey would prefer to keep up some level of Iranian oil imports past November. A Turkish pro-government columnist claimed that the deal between TÜPRAŞ and the U.S. government was already settled 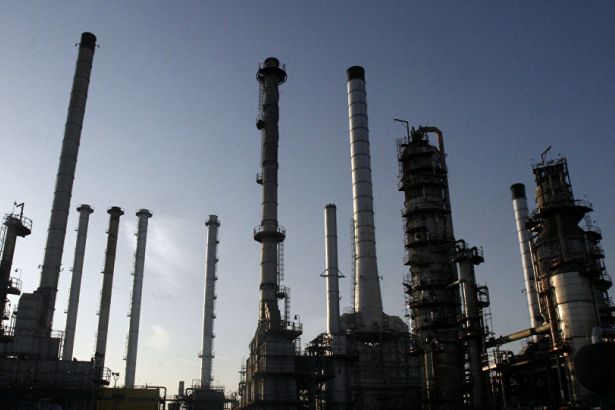 Turkey's top refiner, TÜPRAŞ, is in talks with U.S. officials to obtain a waiver allowing it to keep buying Iranian oil after Washington reinstates sanctions on the Islamic Republic's energy sector in November, industry sources told Reuters news agency. However, a columnist from Turkish pro-government Yeni Şafak daily wrote that the deal between TÜPRAŞ and the U.S. government was already settled and would not fall apart.

Turkey has already made efforts to cut its purchases ahead of the U.S. sanctions, but would prefer to keep up some level of Iranian oil imports past November, Reuters reported citing an industry source familiar with the matter.

"They would like to be able to continue importing 3-4 cargoes a month, like they did during the previous sanctions round. But if the U.S. would tell them to stop, they will oblige and work towards achieving that," the source was quoted as saying by the agency.

The United States is preparing to impose the new sanctions on Iran's oil industry after Washington withdrew from a nuclear deal with Tehran, but is also considering offering waivers to some allies that rely on Iranian supplies. New sanctions are expected to get into force on November 4. Britain, France and Germany are trying to keep some financial channels open to Iran after the United States pulled out of the 2015 nuclear deal in May and re-imposed sanctions.

Turkey purchases $6-billion worth of energy raw materials from Iran, and $4 billion of it is for crude oil, while $2 billion is for natural gas.

TÜPRAŞ, which belongs to Koç Holding, one of the richest families in Turkey, represents 70 percent of Turkey’s total crude oil and natural gas purchases.

Pro-government Yeni Şafak columnist Mehmet Acet wrote that Turkey is not from the oil embargo. "The Koç family and TÜPRAŞ were mainly concerned about the Iranian oil issue, because this company needs oil the most and they have resolved the issue by negotiating with the US," he said, citing sources.

According to Reuters, the US is considering to grant waivers to some of its allies dependent on Iranian oil. One of these allies is Ankara with whom interrelations have started to revive upon the release of US pastor Andrew Brunson on October 12. Brunson, who had lived in Turkey for a quarter-century, had been detained by Turkish authorities.

Although Marshall Billingslea, US Assistant Secretary for Terrorist Financing, stated that Turkey would not receive any waivers regarding the sanctions to be imposed by the US on Iran after his meetings with the authorities in Ankara on July 20, Trump administration may have changed its mind upon the release of Brunson. Turkey had already decreased oil purchases from Iran due to impending US sanctions; however, it will continue to purchase oil from Iran at “a certain level”. According to an anonymous source, Turkey offers to limit its oil purchases from Iran to 3-4 shipments monthly.

At this point, no official statements have been made from TÜPRAŞ or the Ministry of Energy and Natural Resources. On the other hand, the US State Department has stated that they are ready to examine the situation of countries that decrease their oil purchases from Iran on “case basis.”

Brian Hook, the U.S. special representative on Iran, has stated that the countries that demand alleviation of sanctions shall explain their “unique conditions.”

Hook, who stated that the State Department tries to meet the needs of its partners and allies while working towards its national security goals, also confirmed ongoing special meetings regarding the impending sanctions.