The Turkish Medical Association called on Turkey’s Health Minister Fahrettin Koca to resign after he admitted in a press conference held on Sep. 30 that state records do not reflect the full number of COVID-19 cases in the country. 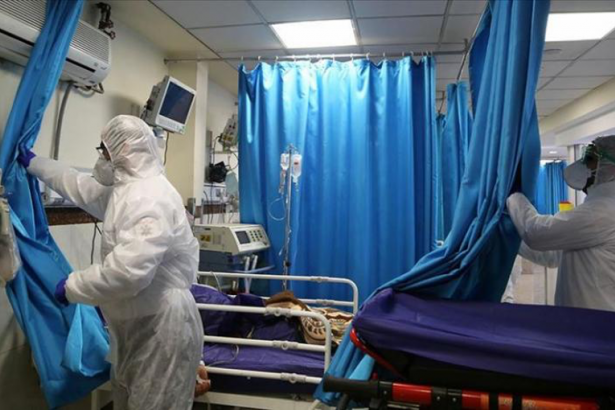 Speaking at a press conference on Sep. 30, Turkey’s Health Minister Fahrettin Koca admitted that the daily data published by the government is only a partial record of confirmed COVID-19 cases in the country, saying that reported cases are limited to patients with symptoms being cared for in hospitals, and excluded asymptomatic cases tested positive for the coronavirus. Upon the acknowledgement of the Health Minister Fahrettin Koca on the hidden COVID-19 cases, the Turkish Medical Association (TTB) issued a statement, calling on him to resign, and criticizing the government’s lack of transparency during the pandemic and its attempt to hide the true scale of the COVID-19 to keep the economy moving.

Turkey’s top medical association, the TTB, has long claimed infection rates in Turkey have been underreported by the ruling Justice and Development Party (AKP).

‘‘Not all cases are patients because there are those who show no symptoms at all even though their tests come back positive,’’ Koca had said during the press conference on Sep. 30.

The country’s Health Minister’s statements just came after the documents disclosed by Murat Emir, an Ankara deputy from Turkey’s parliamentary main opposition Republican People's Party (CHP), unveiling the number of new infections were almost 20 times higher than those reported by the Health Ministry per day in September.

According to the document shared by the CHP deputy Murat Emir, there were 29,377 new confirmed COVID-19 cases on Sep. 10, while the Turkish government had announced only 1,512 cases that day.

‘‘We once again call on the Ministry of Health, which hides the facts, to carry out the process in a transparent manner and to fight the epidemic in accordance with epidemiological and scientific data,’’ the TTB said in a statement.

‘‘From the day the COVID-19 pandemic started, as the TTB, we have always shared its concerns with the public that daily data are not provided accurately and transparently. As the TTB, we expressed our concerns and suggestions about the pandemic management with the second, fourth, sixth-month evaluation reports, and the third and fifth-month evaluation statements,  prepared with the contributions of scientists while sending questions to the Ministry of Health with more than thirty letters,’’ the TTB reiterated.

Saying that the official data stated in the turquoise table has lost its validity after the Health Minister Fahrettin Koca’s statements on the exclusion of asymptomatic COVID-19 cases from the daily coronavirus data,  the TTB also stated, ‘‘While Minister Koca changed the term 'number of daily cases' to 'number of daily patients,' he replaced 'intubated patients' with 'severely ill patients'.’’

Turkey’s Health Minister damaged the trust relationship, which is the first requirement of the physician-patient relationship,’’ it was underlined in the statement, adding that ‘‘The trust relationship between the Ministry and the society has also been damaged. An assuring fight has not been made against the pandemic.’’

Pointing out the scientifically contradictory statements of the Minister throughout the pandemic, the TTB noted, ‘‘Until today, the effort not to share data openly and transparently, unfortunately, has served nothing but the spread of the pandemic and the inability to control it.’’

‘‘Economy and politics overtook science in the time of the pandemic. However, the aim should have been fighting the pandemic,’’ the TTB statement said.

Emphasizing that the government-led Scientific Committee, which was formed after the start of the outbreak, also has a responsibility for what happened, the TTB urged the Ministry of Health for transparent management of the pandemic, carrying out effective contact tracing and adopting a total struggle and collective solidarity spirit to include all the public, particularly the TTB, in the fight against the virus.

‘‘Mr. Minister, you have never used the coding system recommended by the World Health Organization (WHO), which the TTB has insistently stated. You are not stating the real numbers. Showing low death statistics from the COVID-19 pandemic is also great injustice and disrespect to society.’’

‘‘In response to the statement of Health Minister Fahrettin Koca suggesting 'Every case is not a patient,' we, as the TTB, say that ‘With or without symptoms, every case is a COVID-19 patient,’’ Turkey’s top medical association concluded, calling on the Minister to resign.

On October 2, after the statements of Koca, the World Health Organization (WHO) Europe Press Office announced that the WHO has made contact with Turkey’s Ministry of Health and discussed the issue.

The WHO Europe Press Office made a statement after Health Minister Fahrettin Koca’s statements and has raised the issue of the accuracy of the data in Turkey.

‘‘We are in contact with Turkey’s Ministry of Health at the moment for additional clarification about the status, and we will keep you informed as more information becomes available," the WHO Europe Press Office said.

The WHO Spokesperson stated that testing is a critical public health measure to take action, understand and contain the virus, and monitoring contacts is a prerequisite to isolate positive cases.

According to the spokesperson, while the rise of Turkey's test capacity to cover the asymptomatic cases is laudable, isolating all COVID-19 positive cases regardless of their symptoms is recommended to break the spread chain of the pandemic.

Furthermore, on Monday, the WHO’s office in Turkey called on the country to report COVID-19 data in line with the UN body’s guidance to ‘‘harmonise data collection and response measures.’’

According to the criteria of the WHO, confirmed cases are defined as “persons with laboratory confirmation of COVID-19 infection, irrespective of clinical signs and symptoms.”

In late July, the Ministry of Health changed the language used for reporting daily COVID-19 cases on its website, starting to use the term ‘‘number of patients’’ instead of ‘‘number of cases’’, which sparked debates among medical professionals, arguing that it was a part of the reason behind the Turkish government’s suspected underreporting of coronavirus cases, being inconsistent with the figures announced by doctors in the country’s major provinces.