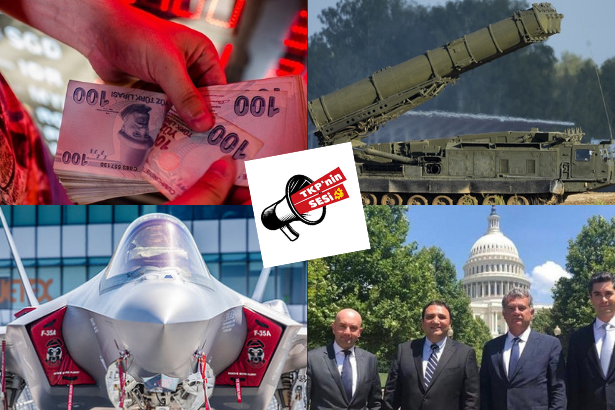 Meeting with the US officials and with the members of the US Congress, TÜSİAD's chair Kaslowski said "Turkey's future depends on the transatlantic system and the value of this system based on democratic world order. Turkey's strategic and historical orientation has two basic elements, NATO membership with a perspective of EU accession and the strategic relations with the US."

According to Kaslowski, the aim of the delegation was to express the importance of a long-term dialogue during this critical period ahead in terms of the Turkey-US relations.

In the third program of the 'Voice of TKP' this week, TÜSİAD's visit to the USA, S-400 crisis and economic crisis were discussed.

"While the S-400 tension gave AKP the opportunity again to caress nationalist sentiments once again, possible negative consequences are being tried to be soothed by the capitalist class in the name of contributing to the solution of the political crisis," it is added.

Who will be the target of S-400 missiles?