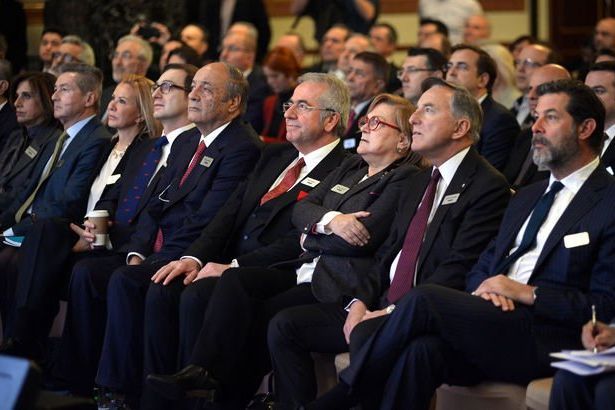 Berat Albayrak, Turkey’s Minister of Finance and Treasure and Erdoğan’s son-in-law, announced an economic “reform” package on Wednesday in line with Turkey's capitalist class' demands. TÜSİAD, the biggest capitalist organization, made a statement today, announcing that they were satisfied with the government’s steps for the new economic program.

“We hope that the economic reform program introduced today will contribute to sustainable growth and to Turkey’s global competitiveness. The business world is committed to support policies that contribute to these goals,” the TÜSİAD statement noted.

Indicating to the need of reforms for “democracy, social development, rule of law, fundamental rights and freedoms”, the capitalist organization also demanded an “education reform” while stating that they believed these reforms would improve Turkey’s economic productivity, entrepreneurship, creativity, and innovation.

Pointing out to the global economic conditions and the condition of the Turkish economy, TÜSİAD underlined the “continuation of tight monetary and fiscal policies to lower inflation”.

AKP government’s new economic package and TÜSİAD’s supportive declaration came after Turkey’s local elections of March 31, through which the ruling AKP lost some major cities, including the capital Ankara, as the controversies are still going on in İstanbul where the opposition party CHP won the local polls according to the unofficial results but AKP does not want to hand over the city.

Following TÜSİAD's call for a new “reform” package just after the ballot boxes were closed on March 31, the Turkish government announced the recent package including anti-labor attacks for the benefit of capitalists.

Finance Minister Albayrak announced yesterday that the “reform” of pension regime would be one of the most important aspects of their package. He claimed that “the economy would be stronger against foreign interferences by means of the supplementary pension system”.

The government will target the working people’s severance payments while integrating the severance fund with the private retirement insurance fund.

soL columnist Kadir Sev has evaluated the government’s recent “reform” package. Sev has noted that there is nothing new in the package, adding that the government has just furbished its commitment to Turkey’s capitalist class. Sev has underlined that the AKP government already promised the capitalists to decrease the labor costs in defiance of the working people.

Turkey's communists released a statement on the reform package of the AKP government and declared that they reject the anti-labor package supposedly launched to improve the economic outlook. "The package is the latest manifestation of the AKP government’s loyalty to the capital and the dominant, parasitic class of the country, without any commitments to democracy and law," the statement noted.