Turkey’s Solidarity Assembly: We stand by all health workers and Turkish Medical Association!

Turkey's left-wing platform Solidarity Assembly made a statement of support for the Turkish Medical Association, which was recently targeted by the government and its unofficial partner MHP. 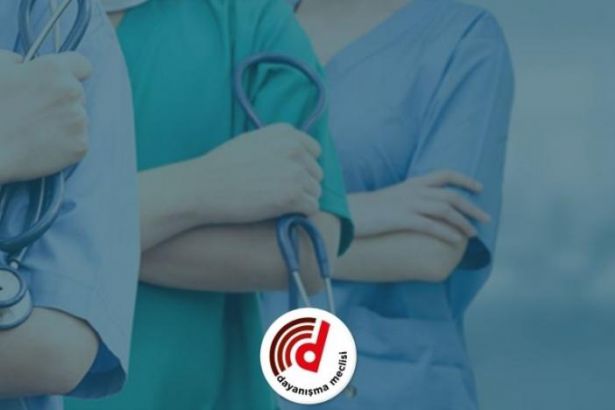 Devlet Bahçeli, the chair of the ultra-nationalist party MHP and the ally of Recep Tayyip Erdoğan's ruling AKP, has recently targeted the Turkish Medical Association (TTB) and called for shutting down the top medical organization of the country.

The full declaration is as follows:

The COVID-19 pandemic, which caused widespread suffering and losses, also revealed in many ways the inhumane face of the social order we are going through. It turns out that the rulers, who protect the interests of capital, cannot control the pandemic.

In October and November, the pandemic is expected to be completely out of control, and also hospital and intensive care services are expected to be completely filled. On the other hand, it is observed that the extremely intense and stressful working conditions that have lasted for seven months have brought healthcare workers to the point of exhaustion. In this period in which around ninety health workers lost their lives, the event titled “You Cannot Manage, We Are Exhausted” launched by TTB takes a meaningful place.

However, we are not surprised that a party that is a partner and supporter of the government, taking advantage of this announcement, wants the TTB to be shut down and its executives arrested. We consider these statements as a malicious scream to initiate the division process that has befallen the bar associations for the TTB and medical chamber as well.

The Solidarity Assembly declares its solidarity with all health workers and TTB, who work devotedly under very difficult conditions.