Turkey’s Solidarity Assembly: Organization of workers is the only force

Turkey's Solidarity Assembly held its first meeting of the year and called on the workers to organize against hegemonic policies in Turkey and the world. 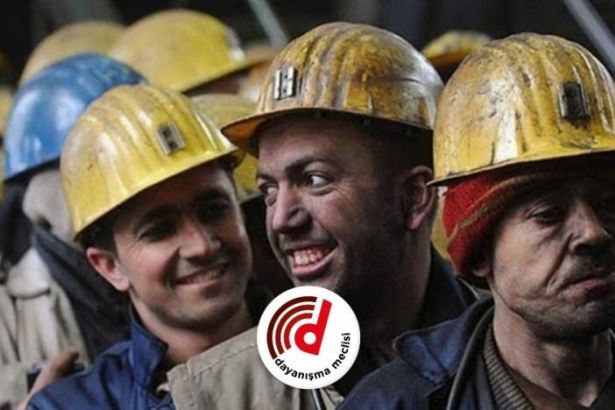 Turkey's Solidarity Assembly held its first meeting of the year on January 9, 2021.

The foundation of the Solidarity Assembly had come after a congress resolution of the Communist Party of Turkey (TKP). Convened in August 2020, the 13th Congress of TKP had called for the establishment of the Assembly in order to bring together the patriotic, pro-enlightenment, secular, and socialist accumulation of the country.

Current issues in Turkey's politics and events in the United States were topics of discussion. At the end of the meeting, the Assembly made a statement.

The statement began with an emphasis on organization, “The only force that will stand firmly against the prevailing policies of Turkey and the world.”

It is pointed out that “The AKP government is having an increasing difficulty in ruling Turkey and representing the whole of its capitalist class going into the year 2021.”

Knots in the ruling system ranging from the impoverishment of the popular classes to the emergence of a political crisis in a liberal university like Boğaziçi are mentioned.

In the statement, the future of the US politics is also mentioned, “The storming of the Congress by a pro-Trump fascist group in the US, on the other hand, does not strengthen their orientation towards neo-fascism under the Trump administration but gains a quality that will leave him out of the agenda for now. In turn, ending Trump's political life leaves the potential for a large and violent rupture in the US that will be carried into the future.<

The statement closes with, “While the Solidarity Assembly shares its sincere feelings of solidarity with the academics and students of Boğaziçi University, it takes it as a duty to convey to our people that even to carry our a consistent opposition in this country, it is necessary to lean on the working classes and stand for a proletarian republic.”