Turkey’s Science and Enlightenment Academy asks: ‘‘Can Turkey do vaccination to stop outbreak?’’ 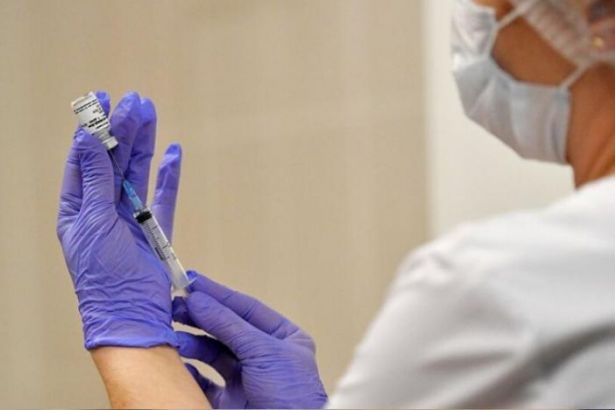 According to the report, "Even according to official figures, an infected person close to 600 thousand and we lost more than 15 thousand people due to pandemic. And yet we continue to lose up to 200 people each day, even according to AKP's official statements. We have to add the dismissal of laborers, their impoverishment, and the widespread adverse effects on mental health especially on children, to this terrible picture" and it is underlined that the political power has not taken radical measures to prevent the spread of COVID-19 to the masses for the sake of capital's interests since the outbreak.

Turkey's Academy of Science and Enlightenment has been warning the people against anti-vaccinationist tendencies, which has taken the world with reactionary and anti-enlightenment hostility for the last 10 years.

In the report, it is underlined that "The capitalist class tries to spread its folly to the public as much as possible. One of the most concrete indicators of this is anti-vaccination. Vaccination and vaccination is a social responsibility. It is the main way of eradicating diseases. However, since the 1990s, it is understood that the marketist views that have been pumped from the Özal era to the AKP on health have also damaged the healthy thinking of our working people. This inhumane view gnawed social thinking and public mentality. If at least 70% of the whole society is vaccinated, you can cut the transmission rate of a disease. On the other hand, it is seen that the ideology spread by the market order as a market element has come to a level that will negate an effective vaccination work against the pandemic.’’

On the discussion of "can the pandemic be stopped by vaccination?", Turkey’s Science and Enlightenment Academy points out that there was great confusion in the debate, and the report aims to respond to this confusion in the light of scientific data.

"As you can see, approximately 150 million doses of vaccine are required for effective vaccination. Knowing that the AKP’s low level of preparation also increases the concern that vaccination will be ineffective. After a while, the AKP seems to invite everyone to access the vaccine according to their money."

Academy of Science and Enlightenment remarks that fact that vaccine production is not carried out by the state as in Cuba and is carried out by vaccine monopolies reinforces this insecurity. In the Academy’s report "Nationalization of all pharmaceutical and vaccine companies in the world and in Turkey is very important, it is an actual emergency condition that requires a combat of our citizens for the right vaccine" emphasis has been made.

The report, which aims to present scientific data and current information on vaccination studies to stop the pandemic to the public in a short and understandable manner ends with the following call: ‘‘The demand for an equal, free and effective vaccination should be increased. The best thing against the folly of the market order is the organization of the working people who know what they want.’’