President Erdoğan’s Justice and Development Party (AKP) has taken steps for the expulsion of former Prime Minister Ahmet Davutoğlu, along with some former MPs, from its party ranks 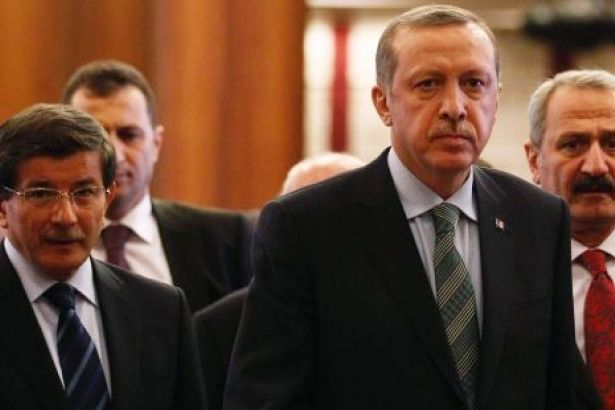 The AKP’s central executive board unanimously decided on September 2 to apply to the party’s central discipline board for the expulsion of Davutoğlu, and former lawmakers Abdullah Başçı, Ayhan Sefer Üstün and Selçuk Özdağ. The dissident figures launched a new movement after falling out with Erdoğan.

The decision came after Erdoğan’s statement in a party meeting on Sunday in the city of Konya. “We should not refrain from sorting them out if there are people who are party members on paper but have parted their ways and hearts with us,” Erdoğan said.

Mehmet Ali Şahin from Erdoğan’s presidential high advisory board said, “These friends have already said they are preparing to form a party. It would be extremely wrong for them to continue to be party members after such a decision.”

Following the party boards’ move to expel Davutoğlu and some other former MPs, Talha Erol Durmaz, another former lawmaker, has declared that he has resigned from the party. An administrator from the party’s women’s branch has also resigned.

Abdullah Başçı, one of the former lawmakers who would be expelled along with Davutoğu, told reporters, “We have seen that there is no room for criticism and telling the mistakes within the AKP. We will discuss the issue with our prime minister (Davutoğlu), the necessary statements will be made.”

“This is a development that will accelerate the preparations for the new party. Turkey needs a new political understanding,” said Nedim Yamalı, former provincial chair of AKP in Ankara.

Selçuk Özdağ, another former MP who would be expelled from the party, told reporters, “We are evaluating the situation with Mr. Prime Minister (Davutoğlu) and other friends. We will share a comprehensive statement with the public.” Today, Davutoğlu and some dissident party members are expected to meet in İstanbul.

DAVUTOĞLU AND HIS INNER-PARTY CLIQUE

One of the long-time aides of Erdoğan and architects of AKP’s Neo-Ottomanist policies in the Middle East, Davutoğlu was the prime minister between 2014 and 2016. He declared his resignation from the premiership after a meeting with Erdoğan in May 2016.

In recent months, Davutoğlu and his inner-party clique accused the AKP administration of “deviating from its core principles”. Davutoğlu shared a detailed public declaration following the March 31 local elections, criticizing his party’s policies after the opposition won major cities including İstanbul and Ankara.

The recent expulsion move came amidst rumors that the dissident AKP members are seeking to form a rival party particularly after Erdoğan’s party’s defeat in the rerun of Istanbul elections in late June.

In July, Ali Babacan, former deputy PM who is leading a rival movement along with former President Abdullah Gül, resigned from the AKP, hinting at forming a new party. It is still not clear whether Davutoğlu’s movement will ally with Babacan’s movement in the political arena.