The theme of the sermon to be read in mosques this week was jihad, and the concept was associated with Turkey’s offensive against Syria’s Afrin 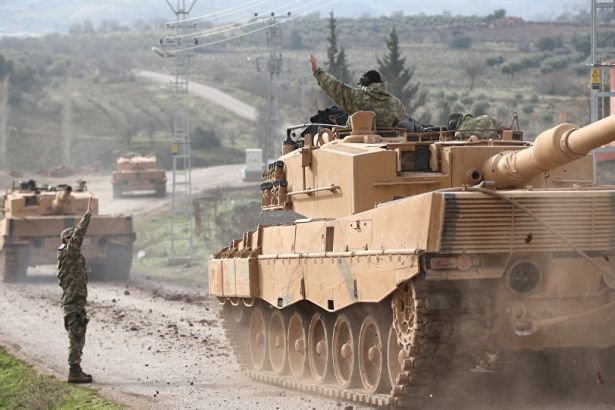 Turkey’s Directorate of Religious Affairs, or Diyanet, prepares weekly sermons to be sent to mosques, also known as the "Friday khutbah". This week’s sermon to be read in mosques on Friday, February 16, was about jihad.

The sermon, titled "Jihad: the Struggle with Life and Property for God’s Cause", defines jihad as "the name of the effort made for the cause of God". Grounding this definition, it is stated in the sermon that "starting an armed struggle for one’s faith, existence, homeland, survival, and independence is the highest level of jihad".

The sermon also associated Turkey’s offensive on Syria’s Afrin, claiming that the Turkish Armed Forces (TSK) now "show the whole world that we can sacrifice our existence without hesitation for our faith, our flag, and our homeland. Each and every one of our land’s sons who has fallen a martyr in the bloom of their lives cries to us the evangel of our Lord: 'And do not say about those who are killed in the way of Allah, 'They are dead'. Rather, they are alive, but you perceive [it] not.'"

İsmail Kahraman, Chairman of the Grand National Assembly of Turkey, had claimed earlier in January that the Afrin offensive was jihad, stating that "it is not possible to progress without jihad". Again, in late January, Ali Erbaş, Director of Religious Affairs, had said about the TSK that "they are carrying out jihad there, and we are, here".

Jihad is an element brought forward by the AKP in education.

Turkish AKP government officially declared on January 20 the launch of an offensive in Afrin region in northwest Syria. Government's excuse was the threat against national interests and border security.

The operation has been conducted jointly with the FSA terrorist group.